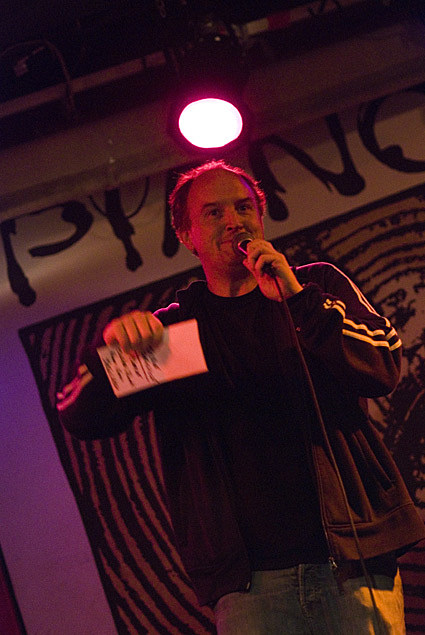 My comedy dream came true last night at Pianos (May 5, 2008). Klaus and I hosted our third music & comedy show called Rock n ROFL. The early show (the Channel 101 thing) ran way late, so we had to start an hour later than we thought we could start. That made me really angry, but what came next kind of made up for it.

Klaus and host Max Silvestri said that Louis CK was walking around. Louis CK is my favorite comedian. Louis (who I think came with one of the other comedians scheduled to play in the show) was looking for a place to test new material. Coincedentally, we asked him if he would do a set. 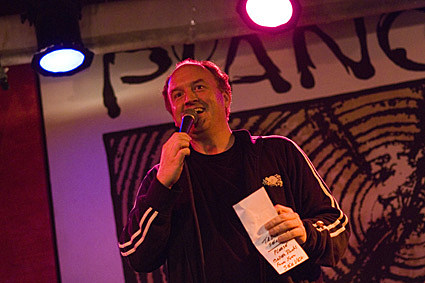 I think he performed for about 20 minutes, and it was all mostly-amazing. What sucked was that he went first, so it was a serious challenge for the other comedians to bring the energy back to the room. I think they all did a good job at it though - especially John Mulaney who closed out the hour of comedy with a hilarious story about Jerry Orbach's donated eyes. The Perfect Storm (a comedy trio) showed up, but they never ended up performing because the sound guy couldn't get their mixer working or something. That ended up being okay because we were already running so late - especially with Louis' unannounced set.

More photos of Louis below.... 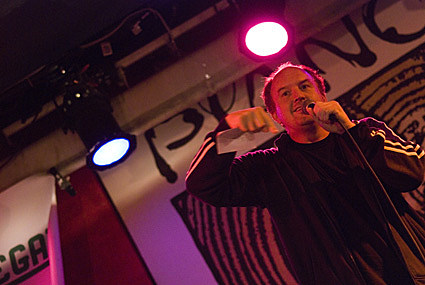 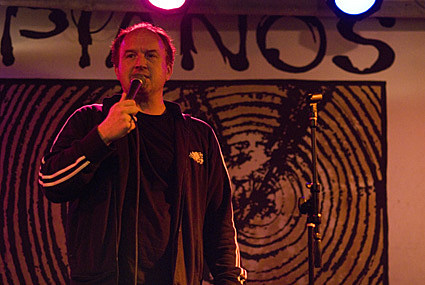 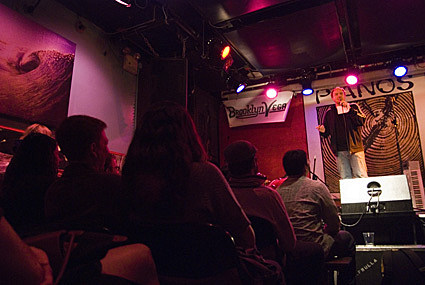 More about the other comedians in the show, a little later.