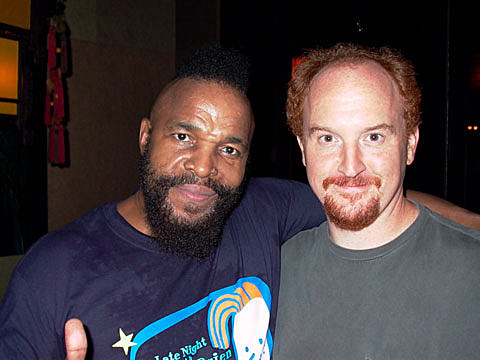 Back on January 20th, a week before the Decemberists got a whole bunch of press for their chart success, Billboard reported that...

Louis C.K. scores his first Billboard No. 1, as "Hilarious" debuts atop the Comedy Albums chart.

The stand-up comedian and star of the FX breakout hit "Louie" peaked at No. 5 in his previous appearance on the list with "Chewed Up" in 2009.

The new album insightfully jabs that "everything's amazing and nobody's happy," expanding upon a routine that became a viral sensation after Louis C.K. appeared on "Late Night with Conan O'Brien" in 2008:

Congrats to Louis CK! Catch him live at Caroline's in NYC, at one of the nine shows he's doing between February 24th and 27th. Tickets are on sale.