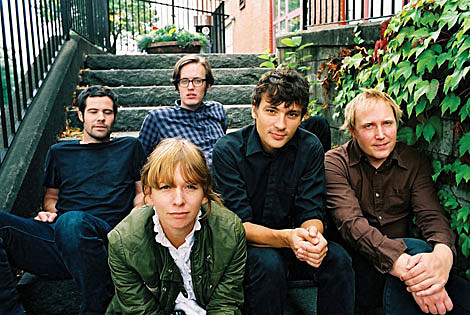 I hope your new year has started well. Gothenburg has been unusually cold lately.
Well here's a piece of very exciting news that makes everything around us seem a little brighter and warmer:

On March 23 our third album, Two Thousand and Ten Injuries, will be released by Polyvinyl. We are very excited and proud and can't wait for you all to hear it in its entirety. But for now we give you "Kungen," a true story about the time I spotted the king of Sweden in the street here in Gothenburg. Head over to our Myspace [and above] to hear it!

We really hope you like it. [Love Is All]

Two Thousand and Ten Injuries will be Love Is All's first record on Polyvinyl. The spunky lead single "Kungen," linked above, bodes well for the full album, which is available for pre-order. Album art and tracklist are below.

The poppy Swedes have tour dates with Japandroids this March & April, but the groups are playing NYC separately. Japandroids perform at Bowery Ballroom on April 1st (tickets are still on sale). Love Is All come to NYC earlier, with a Saturday, March 27th show at Maxwell's and a Sunday, March 28th show at Knitting Factory. Tickets to the Maxwell's show are on sale. (Knitting Factory still on the way).

Both of those bands are on Polyvinyl, as is another band that's touring even sooner: in less than a week, Of Montreal kick off a series of shows that include a January 26th performance at Highline Ballroom. Of Montreal's James Husband opens.

Album info and all tour dates are below... 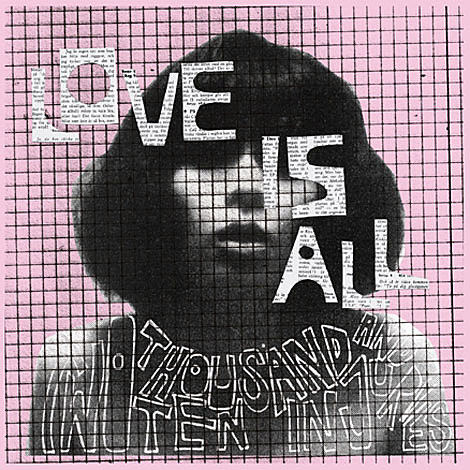 'Two Thousand and Ten Injuries' tracklist
1. Bigger Bolder
2. Repetition
3. Never Now
4. Less Than Thrilled
5. Early Warnings
6. False Pretense
7. The Birds Were Singing With All Their Might
8. Again, Again
9. Kungen
10. A Side in a Bed
11. Dust
12. Take Your Time