Low at Radio City in April (more by WInnie Cheung) 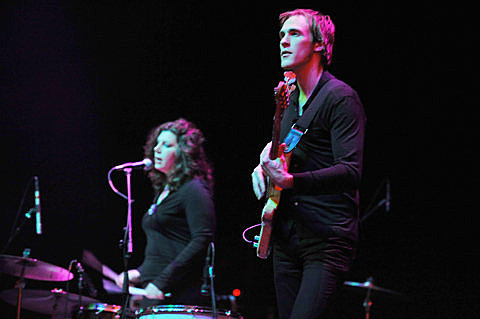 Openers have been announced for the Iron and Wine shows at Terminal 5 in October. The first night (8/12) will be opened by their former Sub Pop labelmates Low (who seem to be continuing their trend of opening for huge bands who came after them) and the second night (8/13) by the similarly named but entirely different sounding The Low Anthem who also just announced a big tour. Tickets for both T5 shows are on sale.

Speaking of low bands, Lower Dens are on tour with Cass McCombs and play Music Hall of Williamsburg on Thursday. Tickets are still on sale and we're giving away some at our facebook.

All Low & Low Anthem tour dates (none together) below...