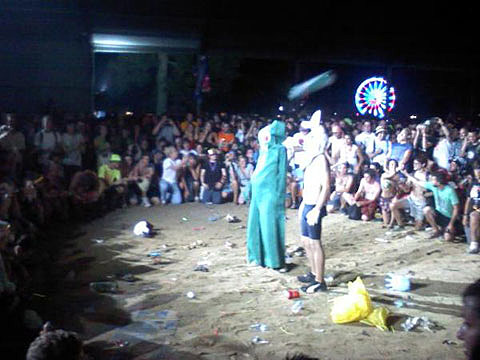 Did you catch Lower Dens at the show Saturday at Co-Op 87? Regardless, make sure to get to Red Hook Park (map) early enough this evening, June 15th, to catch them when they open for the Dan Deacon Ensemble at the Summerstage show happening there. The free show starts at 7pm.

Dan Deacon, like Jay-Z, played Bonnaroo over the weekend. NPR has the stream archived. Coming up, post-Red Hook, you can also catch Dan at this summer's Whartscape Festival.

Lower Dens have three more shows at the end of June including the Impose Northside Festival show on June 26th at Death By Audio...

Matteah Baim also plays with Lower Dens in Philly and Baltimore. All dates below...