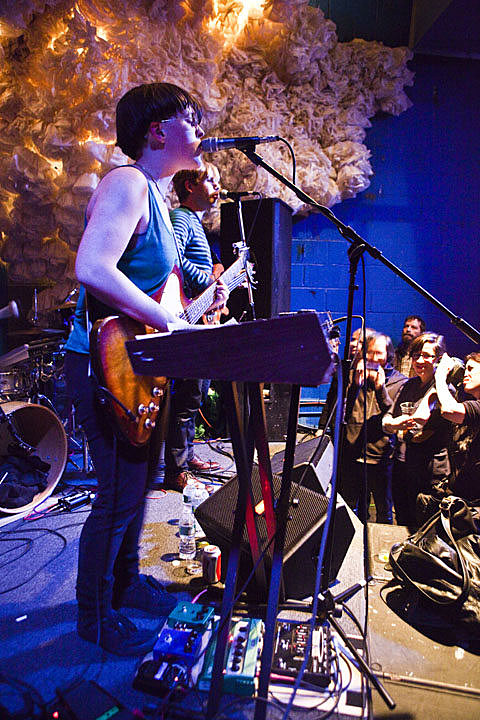 Before coming out for an almost-unheard-of-at-Glasslands three-song encore, frontwoman Jana Hunter of Lower Dens stepped out from behind the keys and mic stand to stand in front of the monitors, among the crowd, and close the main set with the Houston musician Arthur Bates' "Hours". And why the hell not? Though known for being a bit reserved onstage, Hunter has watched her Baltimore-based band be anointed an "It" band in the city that decides such things. She certainly has nothing to be self-conscious about, if she ever did.

Not that this extremely sold-out show, or the spate of overwhelmingly positive recent reviews, are the first time anyone noticed the band. Their first record, Twin-Hand Movement, had a lot to recommend it, and critics agreed. But Nootropics, which dropped this week, is the kind of record that takes the band's sound and appeal to the proverbial "next level". Rather than an excellent followup to a good start, Nootropics accomplishes the feat that bedevils many second records - evolving the band's sound and broadening its sonic palette while retaining the core of what drew notice in the first place.[NYC Taper]

Not counting the Insound thing, Lower Dens played two record release shows last week to celebrate their new album, Nootropics. We've got pictures from the May 2 Glaslands show, and NYCTaper was there and you can download Lower Dens' whole set over his way. They also played Mercury Lounge. 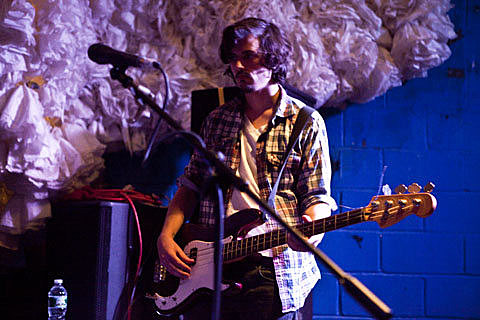 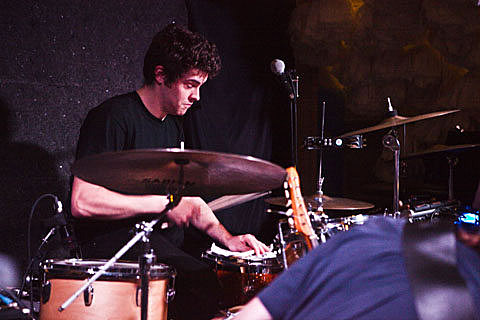 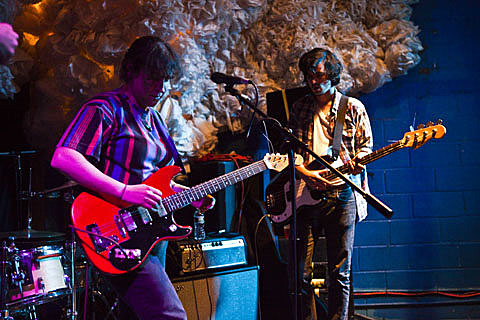 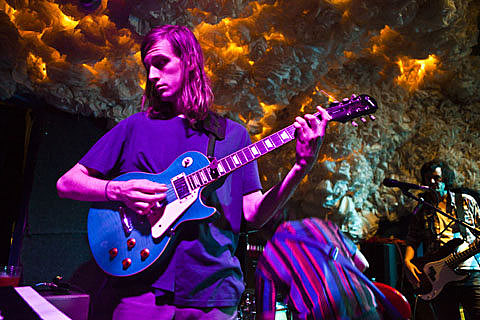 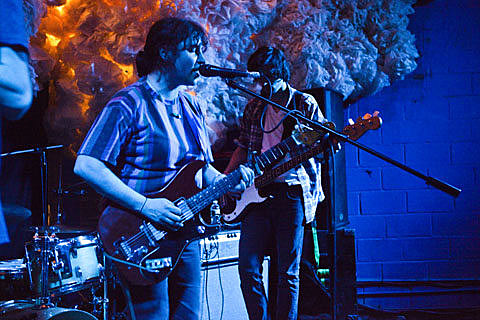 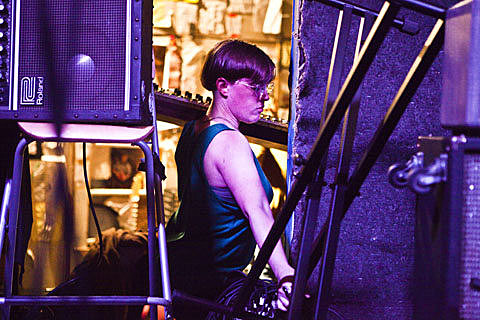 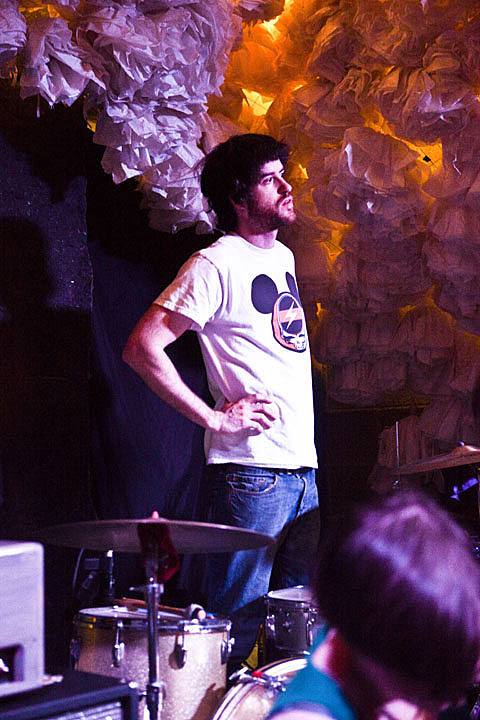 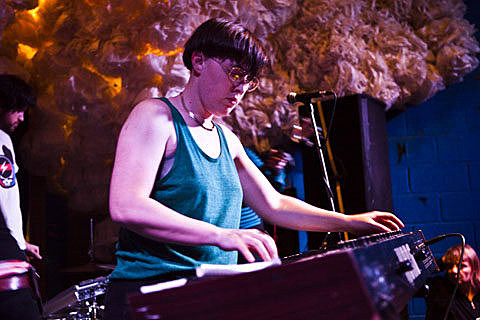 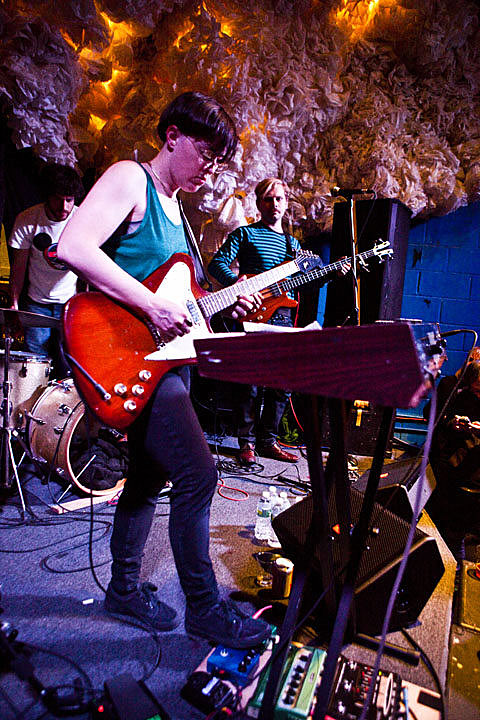 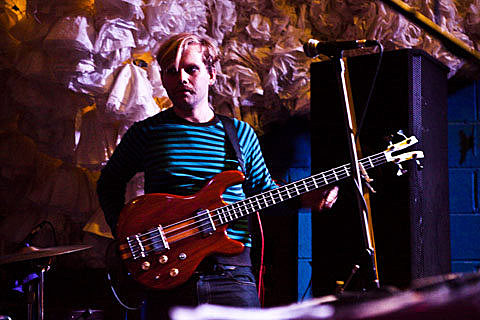 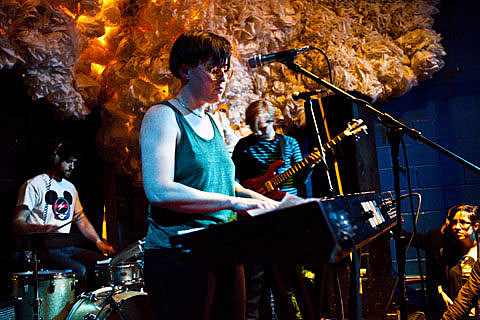 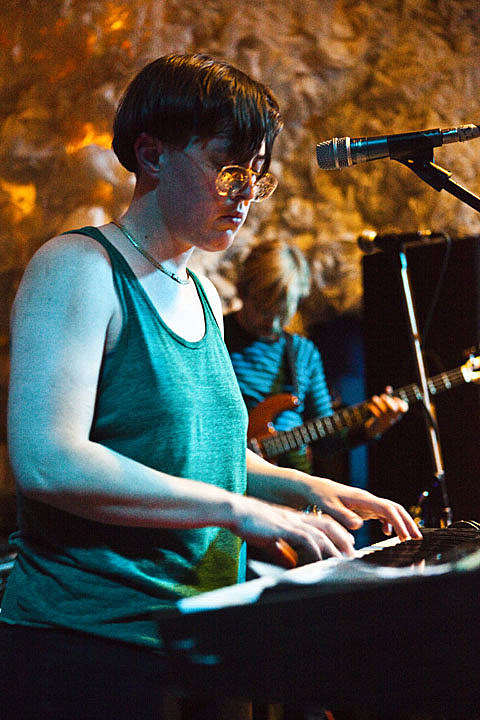 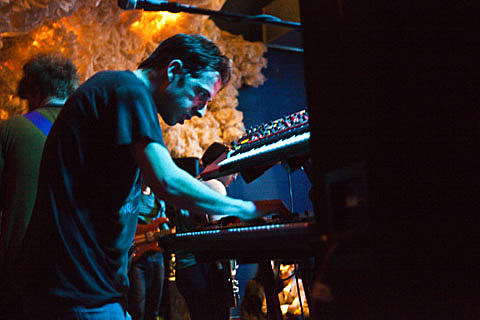 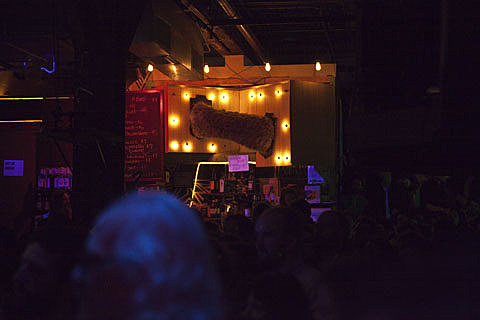