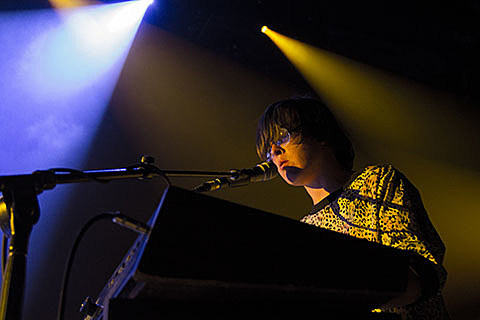 Baltimore's Lower Dens went into new, motorik directions on their second album, Nootropics so it makes sense that tracks from the record might work well in the remix world. Hence, the Nootropics Remixed EP which takes three cuts off the album and puts them into the hands of Trentemøller, Cex, and Steve Moore. You can stream Trentemøller's excellent recrafting of Nootropics standout cut "Brains" below. You can buy it directly from Ribbon Music, and if you buy any Lower Dens title, you'll get Nootropics Remixed for free.

Meanwhile, Lower Dens shared with us their picks for Best of 2012. All four current members contributed lists and none of them were straight LP lists, mixing media with inclusions for live shows, books, food, film and ephemera. Check them out below, along with that "Brains" remix.