"Lucero just tearing up Brooklyn Bowl, they may be the best band in America right now... yes they are that good" - DJ Rich Russo (The Peak) 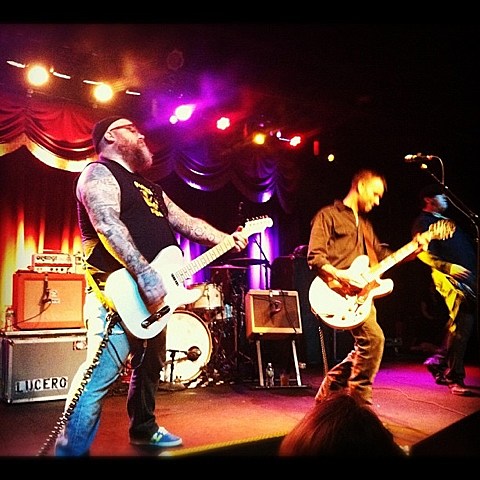 Lucero kicked off their four-night New Year's Even run with Brooklyn Bowl shows on Friday (12/28) and Saturday (12/29) before hitting Boston with The Hold Steady on Sunday (12/30). Videos from both nights are below.

Then on New Year's Eve, Lucero joined The Hold Steady to ring in the new year at Wellmont Theatre in Montclair, NJ. After The Hold Steady played "Barfruit Blues" it turned midnight and they welcomed in the new year, continuing with the bulk of their set in 2013. The Hold Steady's set was interrupted due to a crowd member who needed to be rushed to a hospital, but they picked things back up soon after. Their setlist and a video from that night are below. Comedian Kurt Braunohler opened the night.

All videos and setlist are below...