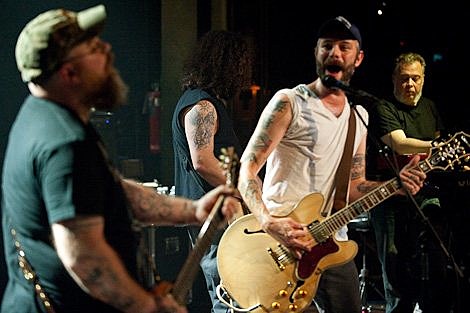 Lucero's current tour figures into SXSW, where one of the band's shows will be a free BrooklynVegan day party at Club DeVille on Friday March 19th (not to be confused with the official BrooklynVegan SXSW showcase on the night of March 17th at the same venue). More details on both are forthcoming.

They're also coming to New York for a show on Tuesday, March 30th show at Music Hall of Williamsburg. Tickets go on sale Friday, February 12th at noon.

Two days after that show, they're in Philly for a two-night stand with Drive-By Truckers and Langhorne Slim. They'll also be at Bonnaroo in June