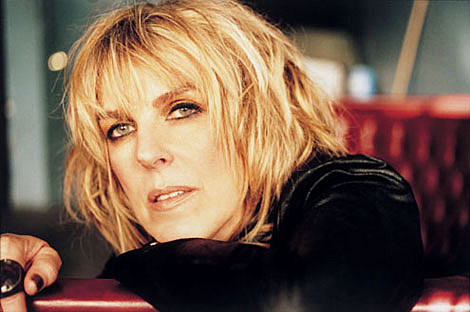 On October 3, 4 & 5 Williams will play a three night stand at New York's The Fillmore at Irving Plaza...The first set of the three-night runs will feature selections from specific periods of Williams celebrated career. The opening night will feature songs from 1979-1989, in which she recorded Ramblin', Happy Woman Blues and Lucinda Williams. The second night will cover music from 1992-2001, when Williams recorded Sweet Old World, and Grammy Award-winners Car Wheels On A Gravel Road and Essence. On the final night of each run, Williams will perform music from 2004-present, in which she recorded World Without Tears, West and her latest acclaimed album Little Honey. Following each opening set will be a full second set of songs from throughout Williams celebrated career...Additional multi-night shows will be added in early 2010.

Tickets for those Irving Plaza dates, including a three-night package, are on sale now.

Williams has also posted a message on her website saying she knows how "tough it is out there during the current economic climate", so she is offering concert-goers discounted merchandise to offset ticket fees that "blatantly gouge" fans (thus giving people an incentive to spend even more money!). That message with all tour dates, below...

Three-time Grammy Award-winner Lucinda Williams knows how tough it is out there during the current economic climate. She also knows that the fees attached to her concert tickets (and most others) are making things even tougher for fans. Since Williams cannot control these fees, she wanted to do something to offer some kind of relief to her fans.

"I cannot, in good conscience, sit back and watch my fans get blatantly gouged." says Williams. "As an attempt to offset these fees, we are going to offer a standing credit at our merchandise table to everyone attending our upcoming US shows in 2009."

Each fan who attends a Lucinda Williams show in 2009 will receive a credit on merchandise sold at the concerts. The credit will be applied at the merchandise table at each venue. The discount will be approximately $7 on clothing and $5 on CDs. This credit will also be extended to her online store at lucindawilliams.com from April 1 to July 31 to accommodate those who may have attended shows prior to this announcement.

Williams adds, "I understand that this may only be a small gesture and in no way solves the problem long term, but I feel that it is important to try and do something to make it a little easier during this time."