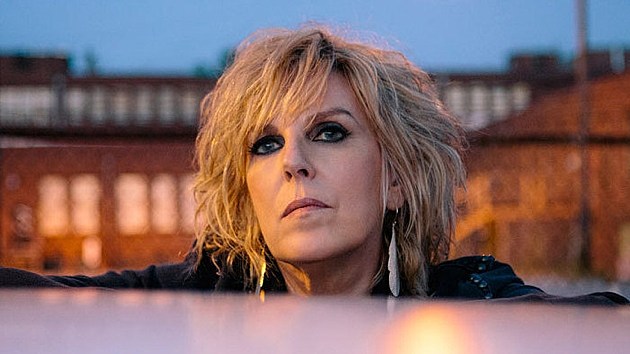 Alt-country great Lucinda Williams has albums dating back to the late '70s, and at least a couple classics dating back to 1988's self-titled LP, and next week (2/5) she releases her twelfth album, The Ghosts of Highway 20. The whole thing is now here to stream.

The album was at least partially inspired by the 2015 passing of her father, and death, sorrow, and loss loom all over this record. Particularly on "Death Came" ("Death came and gave you his kiss, Death came and took you away from this") and "If My Love Could Kill" ("If my love could kill, I would kill this"), Lucinda is at her bluest. The album has masterful guitar work from Bill Frisell and Greg Leisz that often cuts through the mix, but mostly it's Lucinda's wearied voice and the weight of her words that keeps this thing going. The Ghosts of Highway 20 is just shy of an hour and a half and she doesn't change it up much, yet it's powerful the whole time. Its grand finale is the 12+ minute "Faith and Grace," which wouldn't have been out of place on the first two Patti Smith records. It's always nice when you get an album this strong from a veteran, and even nicer when it fits easily in today's musical climate, which this does. Listen below (via NPR).

As mentioned, Lucinda Williams is touring this year, including a five-night run at NYC's City Winery on March 13, 14, 16, 17 and 18. All five shows are sold out, but you can join the waiting list in case tickets become available.