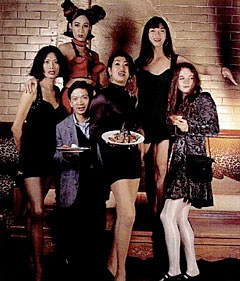 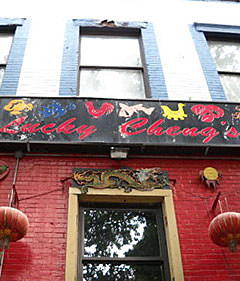 Jeremiah's Vanishing NY reports that Drag-themed club/restaurant Lucky Cheng's will close for good after tonight (6/28), coincidentally/appropriately during Pride Week. Originally opened in the East Village on First Ave in the space that formerly housed Club Baths, the first openly gay-owned bathhouse. With its servers in drag and "trans-Asian" menu, Cheng's was a huge hit in the '90s after Prince Albert of Monoco dined there in 1995.

After Sex & the City filmed their first-ever episode there, a whole new audience flocked to the space, and in 2011, Lucky Cheng's left the East Village for a fancy new Theatre District locale which opened in October 2012. Skyrocketting NYC rents and a decline in business were reasons given for the closure by an anonymous employee, though the death of owner Hayne Sutton earlier this month seems likely to be a factor.