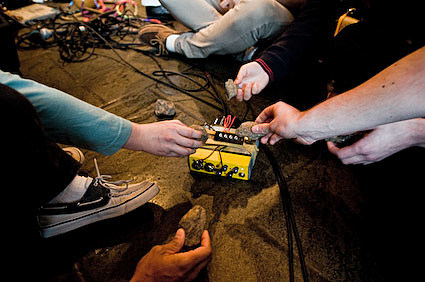 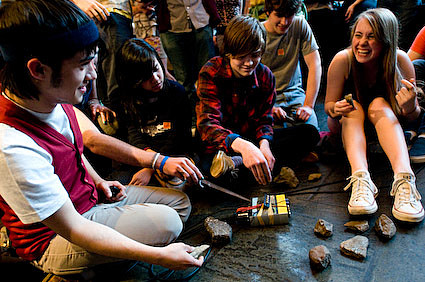 It's not easy to get people to interact with each other at shows. But Luke Fischbeck and Sarah Rara of L.A. experimental duo Lucky Dragons have it down pat. It's all about a box that turns electrical resistance into sound.

Fischbeck created a box that contains four braided wires, or "touchers," extend from it, and the whole contraption feeds into a laptop. Fischbeck and Rara often perform in small gallery spaces, where they present the box to an audience by setting it on the floor. The touchers produce channels of feedback when touched, but here's the catch: the audience has to touch each other as well. At least two people have to touch each other and touch a wire to trigger the first note. Lucky Dragons calls the concept "Make a Baby."

"Everyone playing Make a Baby has to form a bridge between each other for it to work," Rara says. The device produces a series of tonal progressions based on different levels of electrical resistance. The progressions are created by the number of people who touch each other and the way they touch each other.

Adding more layers of meaning, Fischbeck and Rara describe Make a Baby as a game and a ritual. "There's a lot of magic in these performances. [It's] asking people to do things they wouldn't ordinarily think made any sense," Fischbeck says. [Venus Zine]

More pictures from Friday night's free show at the Whitney Museum (part of the 2008 Biennial Live Series) below.... 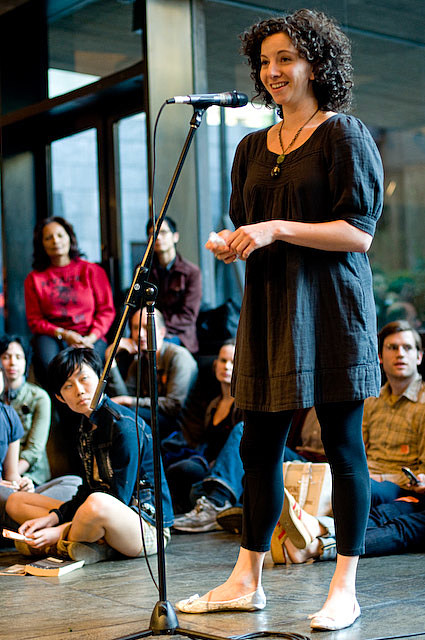 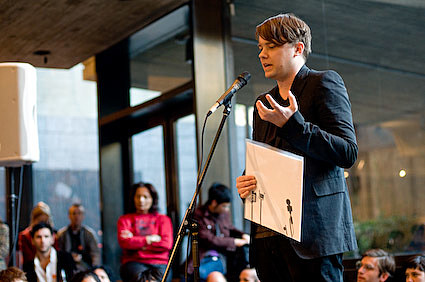 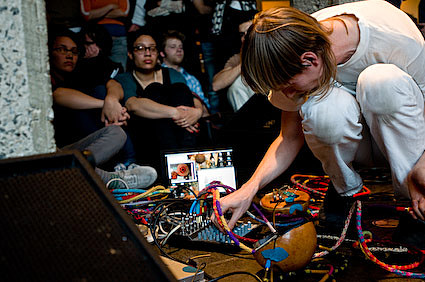 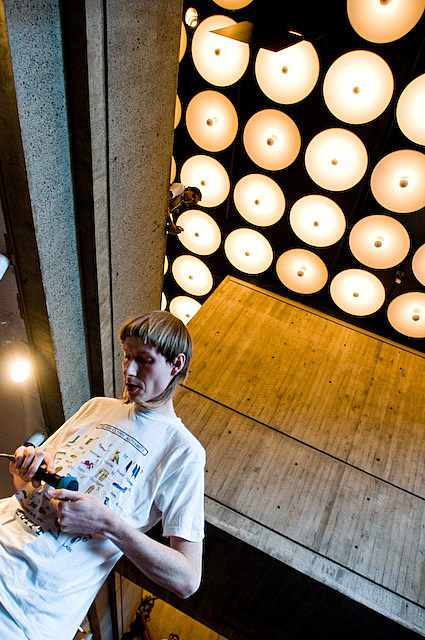 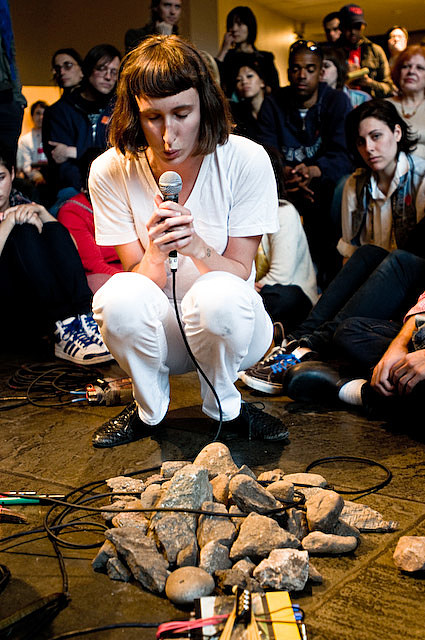 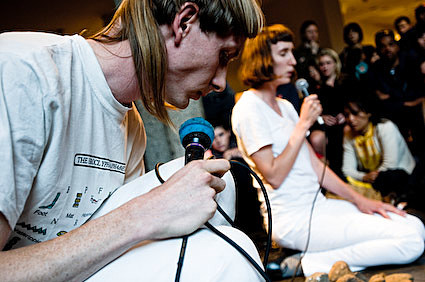 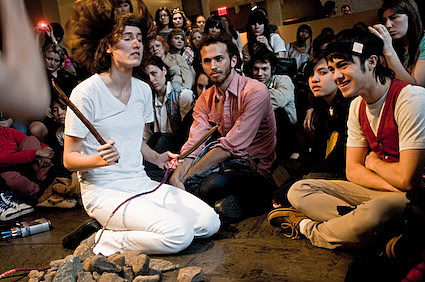 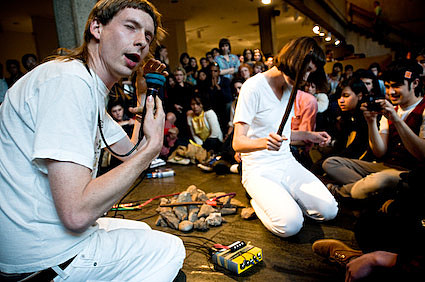 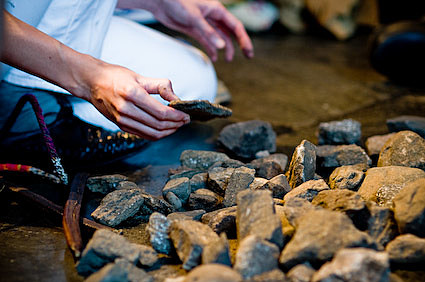 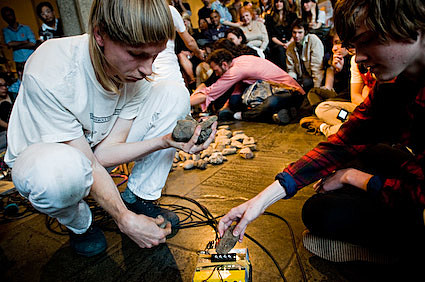 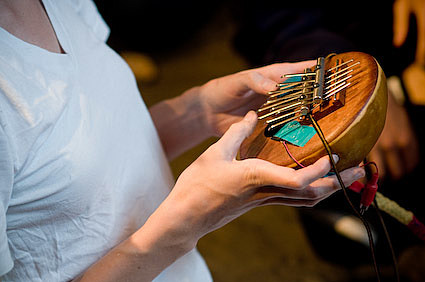 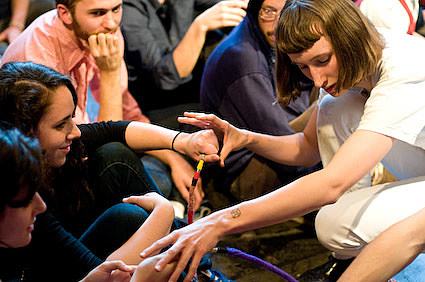 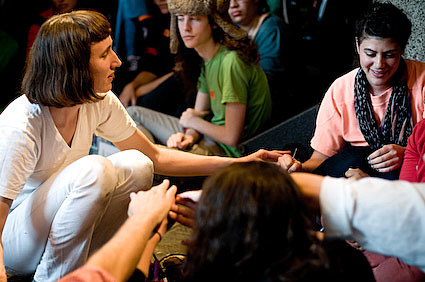 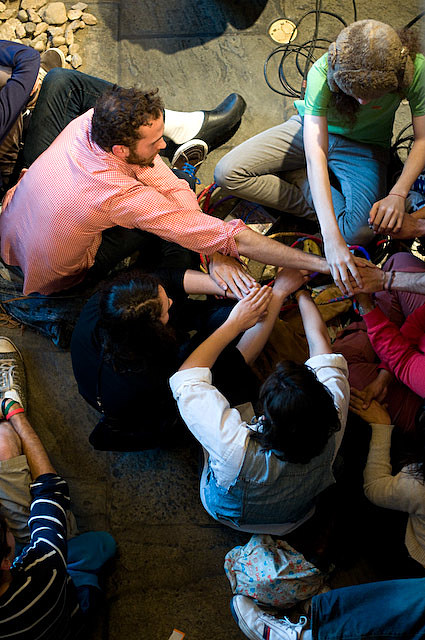 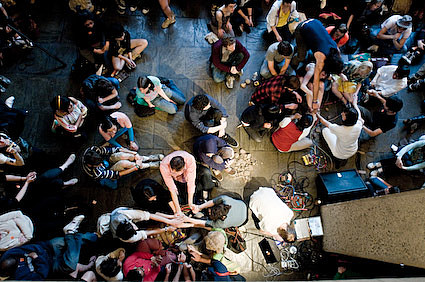 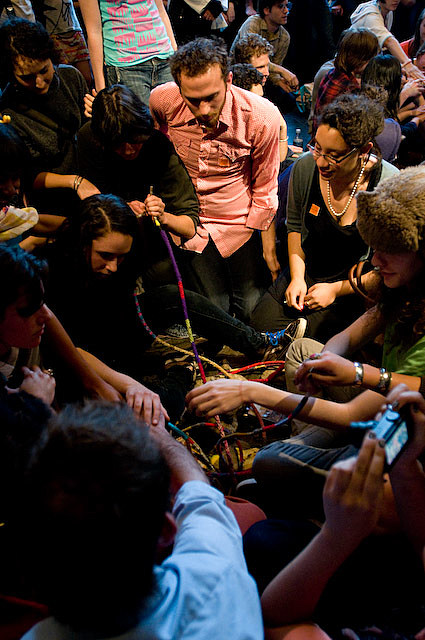 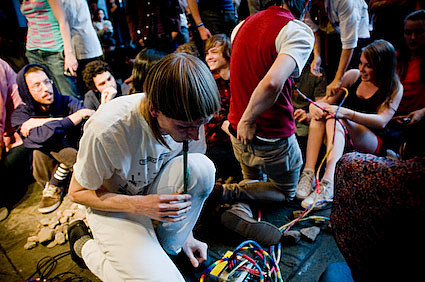