DOWNLOAD: A Place To Bury Strangers - Never Going Down (MP3) 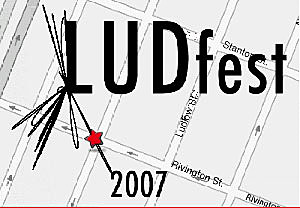 Sorry for not posting about this earlier - it sort of got lost in the holiday shuffle. BIG FREE GREAT OUTDOOR SHOW PARTY FESTIVAL ON THE LOWER EAST SIDE THIS SUNDAY!

The first annual ‘LudFest’ block party/fundraiser will take place on Sunday, September 9th. ‘LudFest’ is a fundraiser for the 7th Precinct Community Council, with proceeds going toward charitable functions, such as giving toys out to needy members of our community, as well as funding for the Explorers Program, which gives teens activities to keep them off the streets. Local stores and restaurants will participate and rent tables to offer their items. All proceeds will go to charity.

The event will include local bands, including Secret Machines, A Place to Bury Strangers, Dub Trio, Other Passengers, The Sugar Report, Emok and Ruthless Thomas. After party will be held at Pianos. 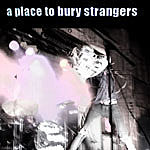 Many familiar names on that list of entertainment, but let's use this post to point out something pretty cool that happened last week. Out of seemingly nowhere, Pitchfork shot the Brooklyn Band called A Place to Bury Strangers from relative obscurity to relative fame.

.....Few people understand this better than Oliver Ackermann, frontman for thunderous Brooklyn three-piece A Place to Bury Strangers: Under his catch-all company name Death by Audio (it's also a music venue, recording studio, and collective), he custom-builds and designs his own hand-wired pedals, which are used by everyone from Lightning Bolt and Serena Maneesh to Wilco, Spoon, and TV on the Radio. Not coincidentally, anyone looking for a quick description of his own band can look to the names he gives these things: Interstellar Overdriver, Supersonic Fuzz Gun, Total Sonic Annihilation. ["A Place To Bury Strangers" = 8.4 = Pitchfork Best New Music]

See them at Ludfest. Listen at MySpace. More tour dates below... 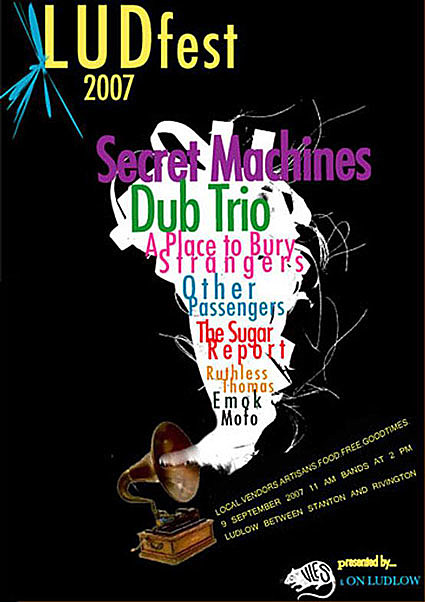