Ludicra at Europa (more by BBG) 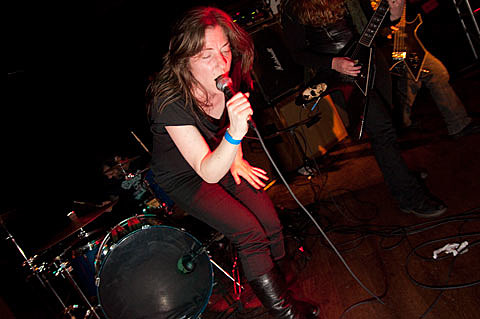 Ludicra has officially disbanded. It's been a great and rewarding ride. We would like to thank all who've supported us and been involved. We have left over items for sale on the official website. The prices have been halved, so hopefully people can enjoy these things instead of them sitting in storage and we can pay our final bills. Thanks.

We last saw Ludicra at Europa with Krallice, Castevet, and Atakke. That unfortunately will be their last NYC appearance. They will be missed, but you can catch some of that spirit in some of their other projects like Agalloch, Hammers of Misfortune, Impaled, and Ghoul.