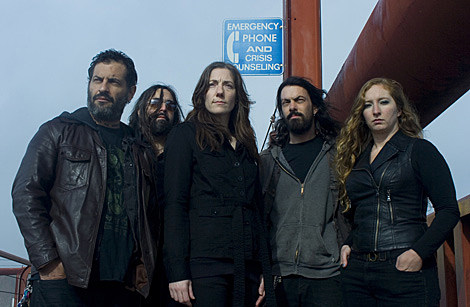 I've never been much of a gambler (other than when I lived off of kimchi-covered hot dogs at ATP NY), but you can bet that when my "best of" list surfaces for shows in 2009, Ludicra's appearance at Santos Party House with Hammers Of Misfortune, Villains, and Liturgy) will probably make the cut. Punishing, breathtaking and highly watchable, their energetic live show caused ripples of mid-song cheering amongst the notoriously stoic NYC audience. Arms were UN-crossed.

Ludicra toils in the dark arts (black metal), but much like some of their more notable USBM contemporaries, the dimly lit path blazed by the godfathers in Norway is strictly a launch pad. After releasing two LPs and an EP via Life is Abuse and Alternative Tentacles, Ludicra dropped their revelatory 2006 LP Fex Urbis Lex Orbis. Now the band has returned with The Tenant, a seven track LP due on the venerable Profound Lore in March 2010.

"A Larger Silence" is the first to trickle out from the LP, and it is quintessential Ludicra. Steely riffs by John Cobbett (also Hammers of Misfortune) and Christy Cather meld harmoniously then break to meet with a celestial chorus of voices, only to be brought back into filth by Laurie Shanaman's angular bark. Translation: it rules. Download that track above.

Dig on The Tenant album cover, a full tracklisting, and a full live show from Gilman in 2007 below. 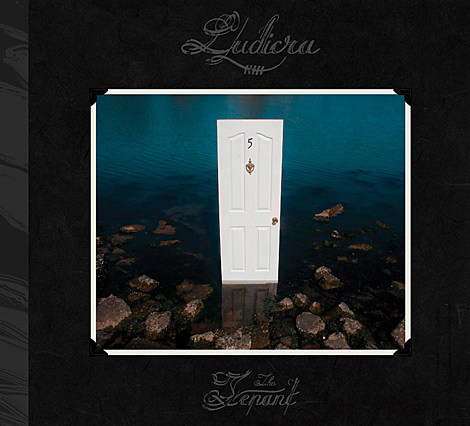