"Wake n baked up, on route to NYC for the weekend." - Lunice 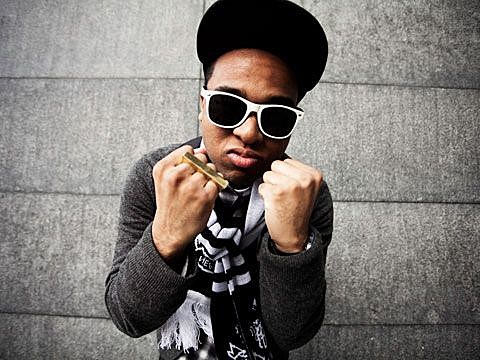 You may know Lunice from the remix he did with Diplo for Deerhunter's "Helicopter", his insane dance moves, or from his instructional cooking videos (watch/listen to all of it below). We just posted a track he did with ST 2 Lettaz of G-Side (you can also listen to it below). Over a year ago Dazed Digital wrote:

That blog has actualy become inactive, but Lunice has been keeping super busy.

He's got some upcoming dates including two this weekend in NYC: July 22 at Bowery Hotel with Pictureplane (DJ), Teengirl Fantasy (DJ), and Cool Places Soundsystem (in case you were wondering where that TBD NYC show on July 22 was going to be). Check out the flyer below, and note that RSVP may be required for the free party. Pictureplane & Teengirl Fantasy play live on July 23 at 285 Kent.

He's also on the bill of Mad Decent Block Parties in Chicago and LA. He's not on the NYC party at South Street Seaport but Gang Gang Dance, who he shares a bill with at PS1 are. More Lunice dates below.

Speaking of Mad Decent Block Parties, Claude VonStroke was added to the NYC show and as hinted at, Curren$y was added to the Chicago date (now that he's done playing Pitchfork). Updated lineups and dates below. 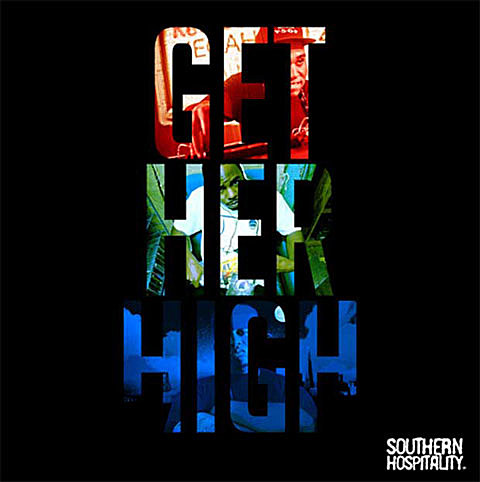 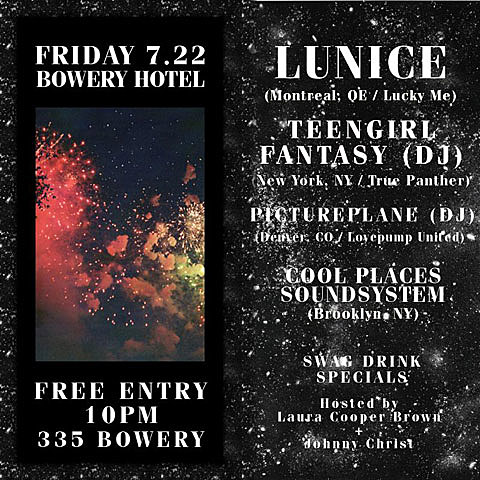