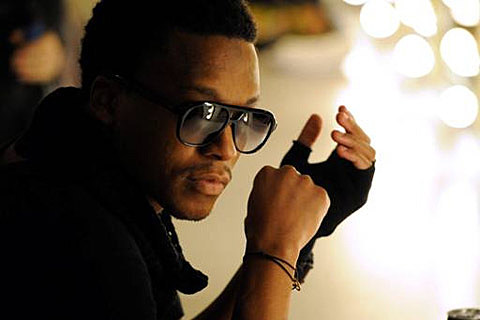 Lupe Fiasco is currently in Australia as part of the Big Day Out Festival, touring with names like Iggy Pop, Deftones, Grinderman, and countless others. After returning back to the states, he'll get ready to welcome his new LP Lasers into this world, due on March 8th. The Chicago MC will celebrate the release with a date at Webster Hall the night before it hits the streets and tickets go on sale at noon today (1/28). Lupe recently released the first single from the LP, the Modest Mouse-sampling "The Show Must Go On" via iTunes.

Tickets also go on sale at noon for Rick Ross at Best Buy Theater on March 4th, and fortunately if you can't make that show you can make it out to see him support Lil Wayne and Nicki Minaj at Nassau Coliseum on March 27th as part of the I Am Music II tour. Ticket info for that show hasn't been released yet. All dates below.

Those of you who want to see Lil Wayne but might prefer to see him in a much (much) different setting than the third of three hip hop acts (instead with Motley Crue, Waka Flocka Flame, Insane Clown Posse & Bruno Mars?) can catch the recently freed MC at Bamboozle 2011 in New Jersey. Tickets are still available for the festival in multi-day, and single day pass increments.

And lets say, for some godforsaken reason you felt like a double dose of Insane Clown Posse.... that can be arranged. Insane Clown Posse has taken time off of their busy wrestling schedule to shower New York City with Faygo on April 29th at Gramercy Theater. Tickets are still available all of you Juggalos and Juggalettes!

Full Bamboozle lineup and all Lil Wayne tour dates are below.

Lupe Fiasco - The Show Goes On

Tom Green - Gathering of the Juggalos

Juggalos R Us On What is a Juggalo/Juggalette