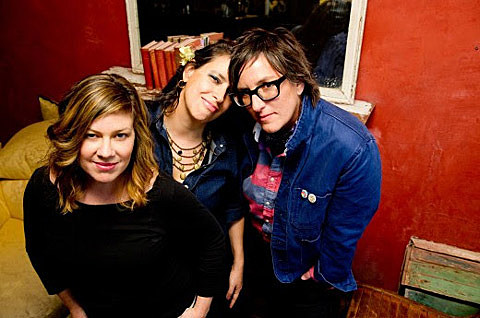 The reunited Luscious Jackson released Magic Hour and played their first NYC show in ages last year. They've got a couple dates on the horizon, including their first-ever Brooklyn show, at The Bell House on November 22. No openers as of now but tickets are on sale. Dates are listed below.

Meanwhile, there are new reissues of bandmembers' solo albums -- Jill Cunniff's City Beach and Gabby Glaser's Gimme Splash -- both of which came out in 2007 and now have bonus tracks. They're available through most digital outlets and can be streamed, via Rdio, below...