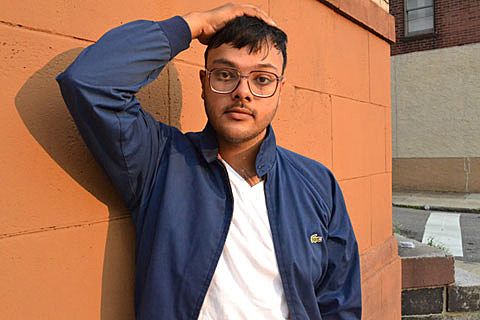 Lushlife is set to release his new album, Plateau Vision, on April 17 via Western Vinyl. The album features guest spots from Heems, Cities Aviv, Andrew Cedermark, and Sun Glitters, who all appeared on his recent mixtape, in addition to appearances by Styles P (who recently announced a tour with Curren$y), Shad, Botany, Ryat, and more.

If the guest spots don't give it away, Lushlife fits right in with the indie-leaning hip hop (or "cloud rap") scene going on right now. You can sample his stuff by streaming three tracks, "Still I Hear the Word Progress" (ft. Styles P), "She's a Buddhist, I'm a Cubist" (ft. Cities Aviv) and "Big Sur" (prod. Botany), below, or downloading the latter two above. Also grab "The Romance of the Telescope" which features Andrew Cedermark and reworks OMD, HERE. The album artwork and tracklist are below.

Lushlife will celebrate the album with a record release party in NYC which happens on April 18 at Glasslands with Shine 2009 and My Dry Wet Mess. Tickets are on sale now.

Meanwhile, if you're down in Austin for SXSW, Lushlife will be playing at our 'Hotel Vegan' hip hop stage TODAY, Saturday (3/17) with Main Attrakionz, Action Bronson, Mr. Muthafuckin' eXquire, Spaceghostpurrp, Fat Tony, Rittz, and Cadence Weapon.