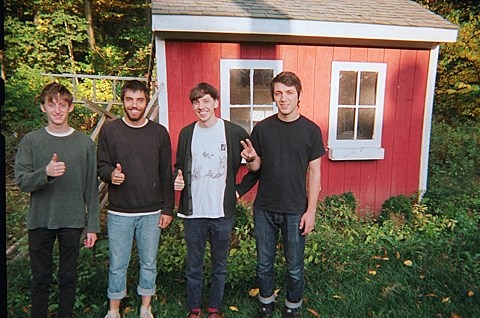 Brooklyn indie rockers LVL UP are releasing their new album, Hoodwink'd, on September 23 via the label owned by LVL UP members Dave Benton and Mike Caridi, Double Double Whammy (also home to Frankie Cosmos and others), as well as Exploding In Sound (formerly home to Speedy Ortiz and others). If you miss the days of '90s indie rock, LVL UP have got you covered. The album's new single, "Soft Power," recalls Built to Spill, Weezer, Dinosaur Jr, and plenty other bands from that era. Check it out below.

The band will be touring in August with former Titus Andronicus member Liam Betson, who put out his new album, The Cover of Hunter, on DDW this week (7/22). That tour culminates in NYC on 8/30 at Shea Stadium with another former Titus member, Andrew Cedermark, and another DDW signee, Mitski.

All dates are listed, with the new LVL UP song and a stream of Liam's album, below...

Liam Betson - The Cover of Hunter