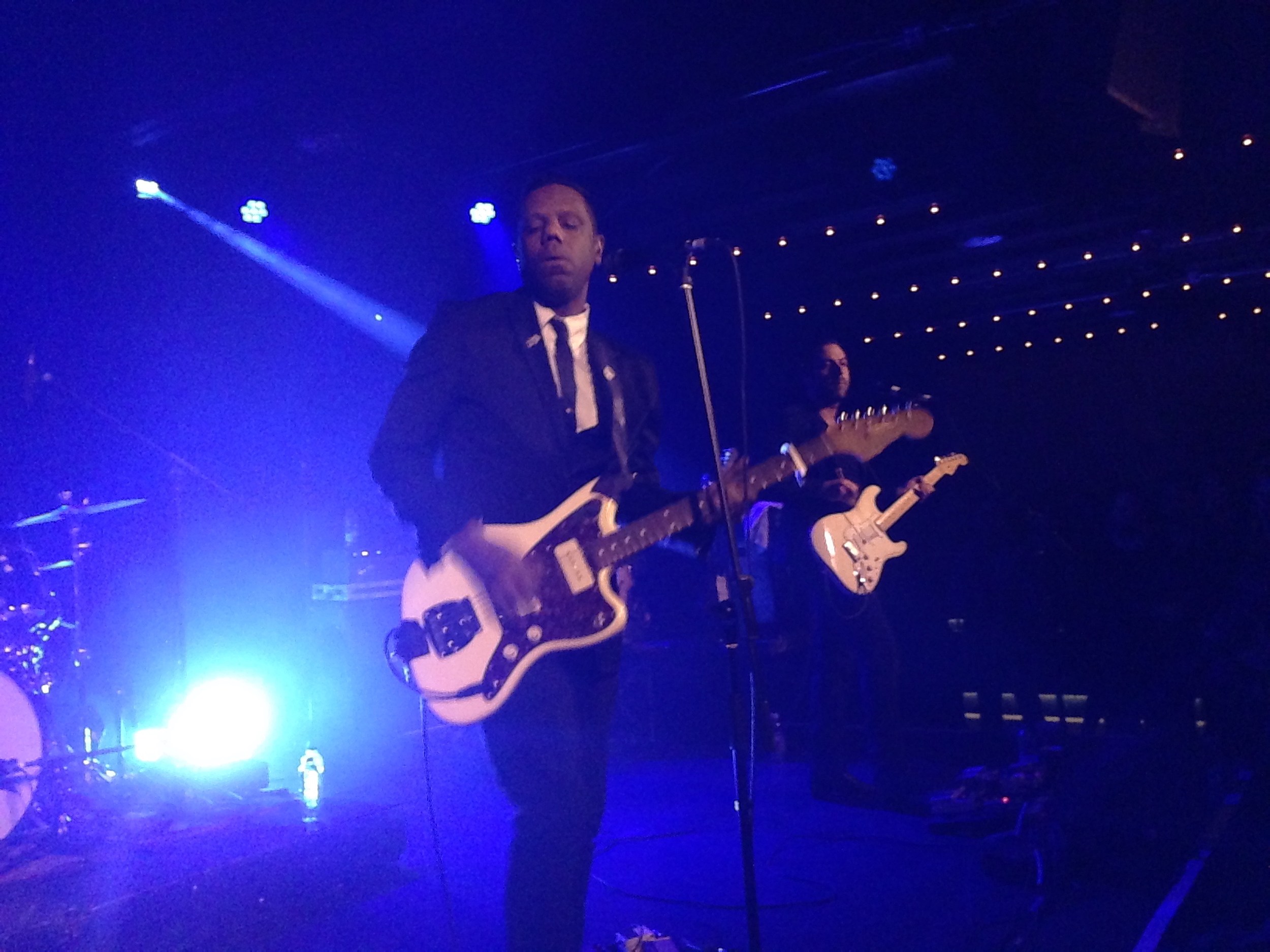 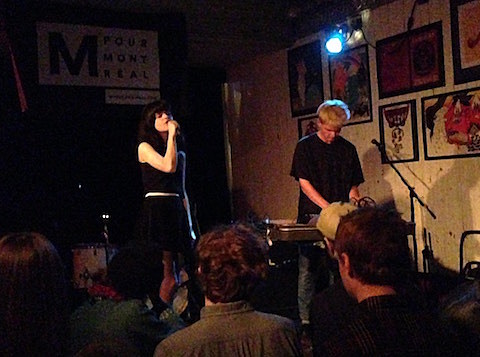 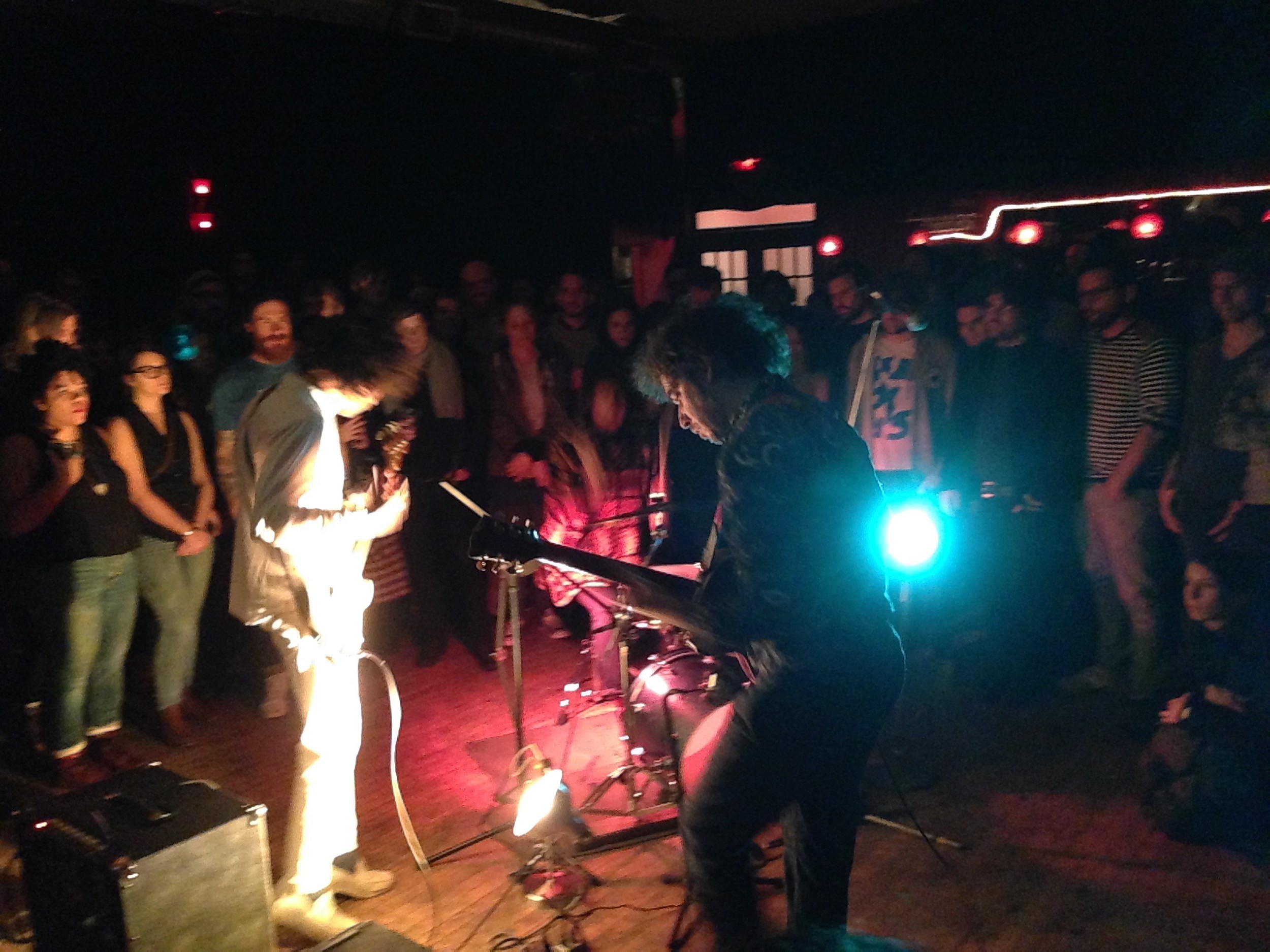 Friday of M for Montreal is when it goes from being an industry-centric confab to a full-blown, multi-venue music festival. Things started, for me, with a closing cocktail at Montreal's Phi Center that also featured a performance from Charlotte Cardin, a former contestant of Canada's The Voice who is probably better known currently as a model. I must admit I was not expecting much but with a delivery not unlike Amy Winehouse and an unassuming piano-pop style, she was pretty good. And at 20, she's got a lot of time to get better. A nice surprise.

Following the cocktail party, I got dinner then headed over to Theatre Fairmount to catch The Dears who were doing the anthemic, widescreen thing in Montreal for half a decade before Arcade Fire hit the scene. There was a period of time (2004-2005) where I was fairly obsessed with them, and I've always had a soft spot for their bombast even when they made less-than-stellar albums. But their new one, Times Infinity Vol 1, is their best in a while and they were really in top form on Friday, and didn't hold back on the older favorites, either. "You and I Are a Gang of Losers" and "Hate Then Love" (both from 2006's Gang of Losers) still tingle the spine and new cuts like "I Used to Pray for the Heavens to Fall" fit in great alongside.

From there I headed over to Casa Del Popolo for a showcase that was presented by Baby's All Right and featured a bunch of Arbutus-related bands, including She-Devils (much better than their M set on Wednesday), Moon King (really good, as usual), Alex Calder (who went on past my bedtime), and more.  I also popped across the street to catch Yonatan Gat at La Sala Rossa where he and his band were, as usual, set up on the floor and pretty much making fans of everyone in the room. His style of instrumental magic could be very reductively called surf-rock, but apart from some guitar lines, their highly improvisational style is not really anything like that.  You can experience it in NYC on Tuesday (11/24) at Knitting Factory with Pill and The Yin Yangs (tickets).

You can read recaps of M for Montreal day 1 here and day 2 here.  Stay tuned for day 4.