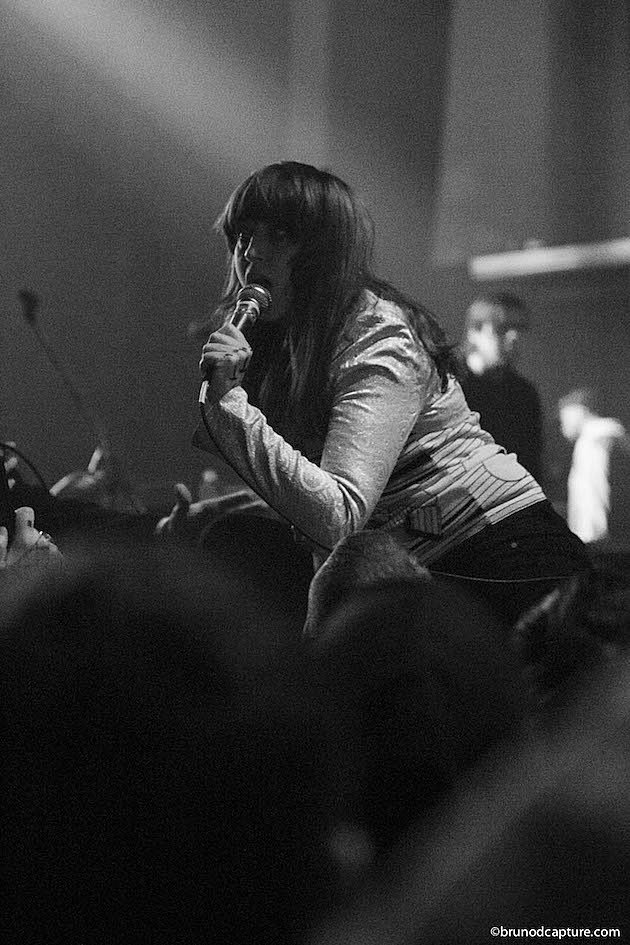 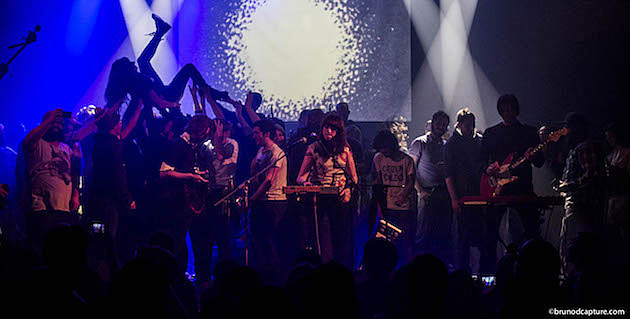 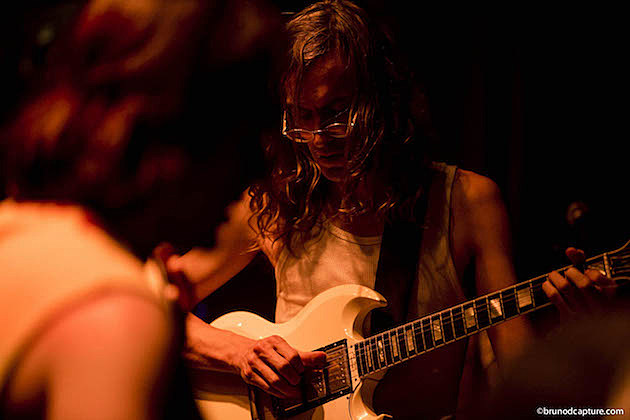 Pure insanity. This is how you end a festival. Duchess Says singer Annie-Claude is a bit like a gremlin, spreading gleeful mayhem wherever she goes. Saturday night, headlining the BrooklynVegan M for Montreal showcase and post-Grimes fesival closing party at Club Soda, she and Duchess Says dialed it up to the max and the audience were her willing playthings. She walked atop them, parted them like the red sea, had them all sit down on the floor as she tormented fans individually, invited them up on stage for a mid-set dance party (and onstage crowd-surfing!) and generally had us wondering "what's next?" the whole show. I have seen Duchess Says many times over the last seven years and this was by far the most bonkers, awesome and flat-out fun show of theirs I've witnessed.

While Annie Claude is the focal point, the band's music -- warped synthpunk -- is what helps power things. Popular in their hometown, Duchess Says are virtually unknown everywhere else. That may change, however, as a handful of new songs were catchy as hell and sung in English. Not that you really need to understand what she's singing -- one of their best-known songs, "Tenen Non Neu," has her basically yelling "bleep bloop" noises along with the synthesizers -- but it does give English-speakers some thing to hold onto. And at a tornado of a show like this, that can be helpful.

I realize I am biased as this was BV's show, but this all-Montreal lineup was without a doubt my favorite show at this year's M for Montreal. Also on the bill were Chocolat, band who initially seem like just a very good psych-garage band but are soon defying pigeonholing with every song. There are delicate harmonies, motorik krautrock rhythms, and proggy chord changes. They are also crazy loud. And crazy good.

Before that: Country, a duo comprised of infamous Montreal gadabout and restauranteur Beaver Shepard, plus a guitarist/keyboardist in (very little) bondage gear. Serious is not a word you'd associate with this project -- this band screams "we don't give a fuck" -- but they've actually got some really good songs which, perhaps do to Shepard's singing style, kinda sound like the Cure. Fun, if weird.

Another duo, Organ Mood opened the night with a multimedia set. Christophe Lamarche, who is Chocolat's keyboard player, handled most of the music which was made with a mix of analogue synths and MCPs, ranging from Tangerine Dream style textural washes to Giorgio Moroder-esque arpeggiated disco; Mathieu Jacques handled the visuals via four overhead projectors where he swapped out illustrations, color overlays and some real-time drawing. It was a fascinating, very cool start to what was an awesome, eclectic, very Montreal evening. Photographs from the BV showcase (minus Organ Mood, unfortunately) are in this post. 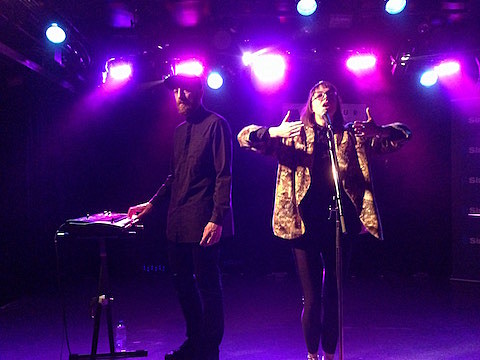 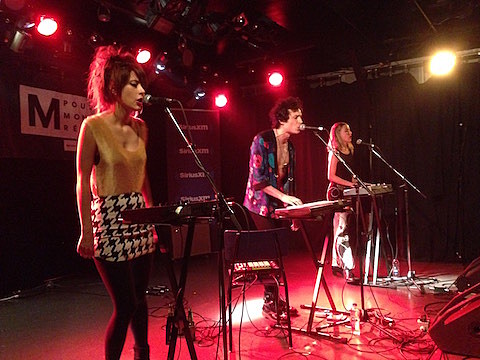 Earlier in the day, was another very Montreal event -- the annual M for Montreal Francophone showcase at Cafe Campus. Most of the other English-speaking "delegates" at M are not so interested in all this overt Frenchiness, and this definitely hosts some of the stinkiest fromage of the fest, but there are always a couple gems. This year I can recommend three: Bronswick, a duo who were like Serge Gainsbourg and Jane Birkin but on a 1980 synthwave tip; Safia Nolin, whose powerful voice and jazz-tinged folk broke through language barriers; and another synthpop act, Paupière, featuring We Are Wolves drummer Pierre-Luc Bégin, two other singer/keyboardists and a rather chic look. Very cool. 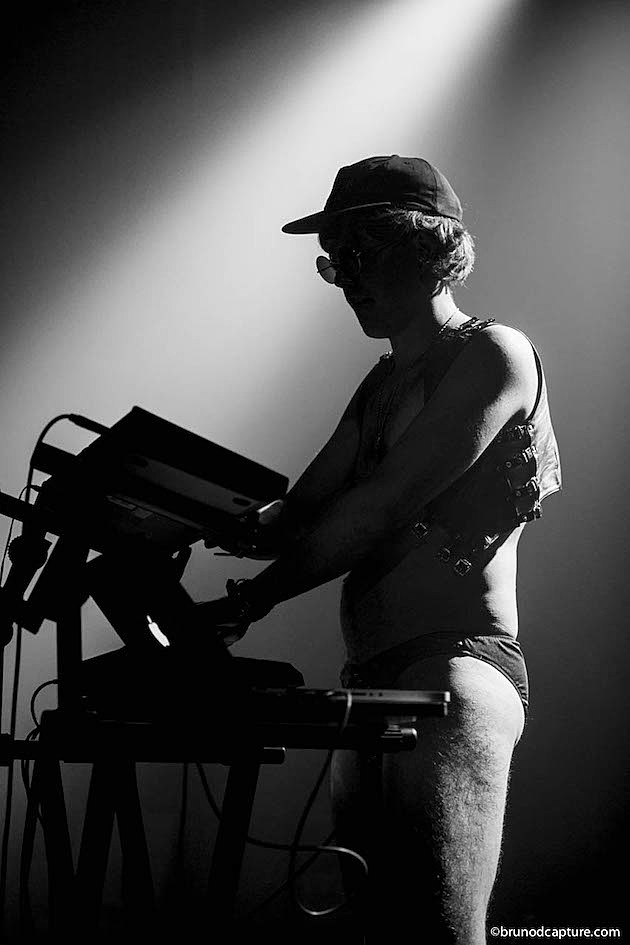 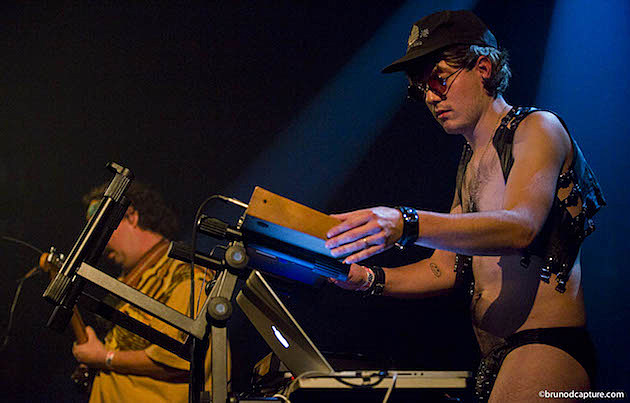 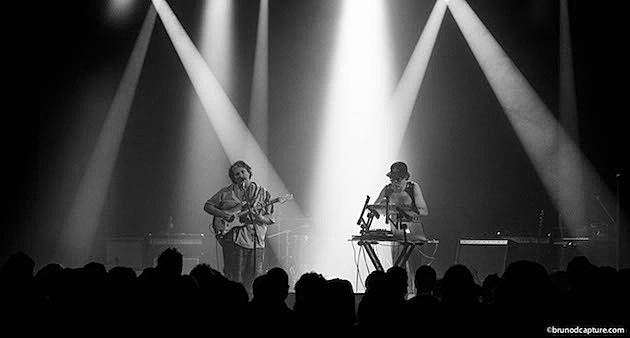 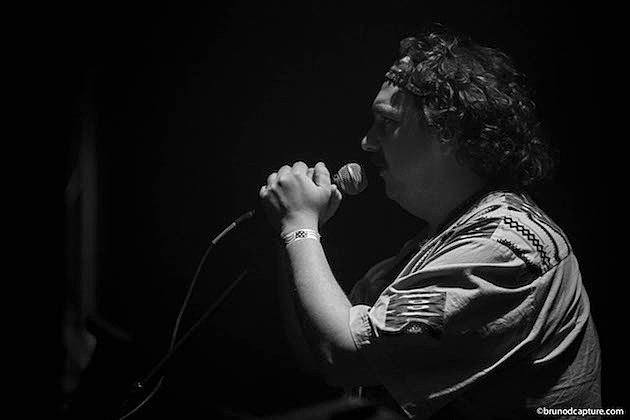 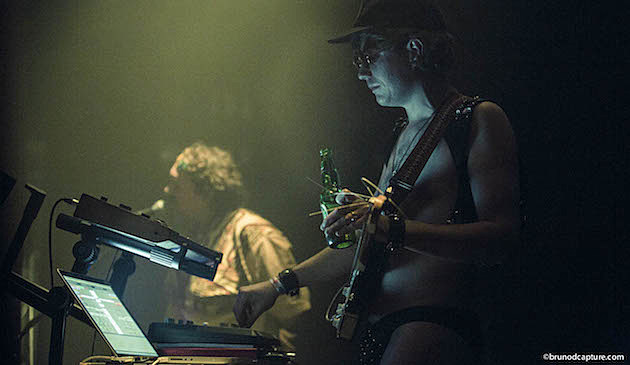 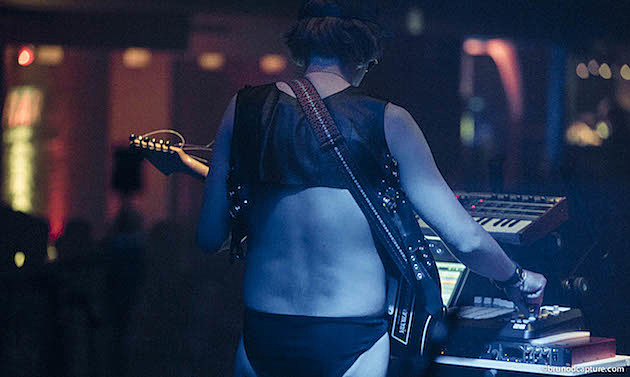 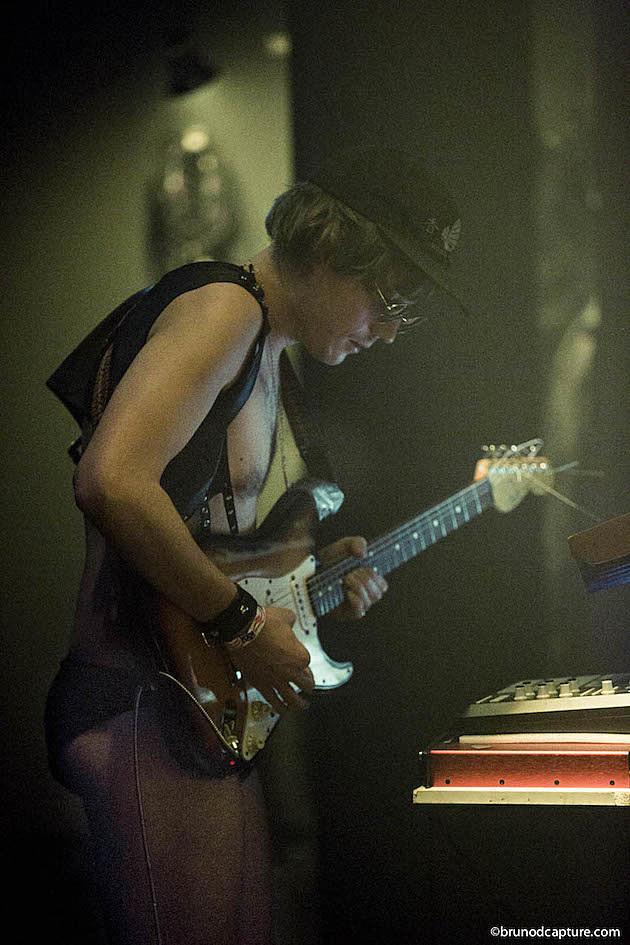 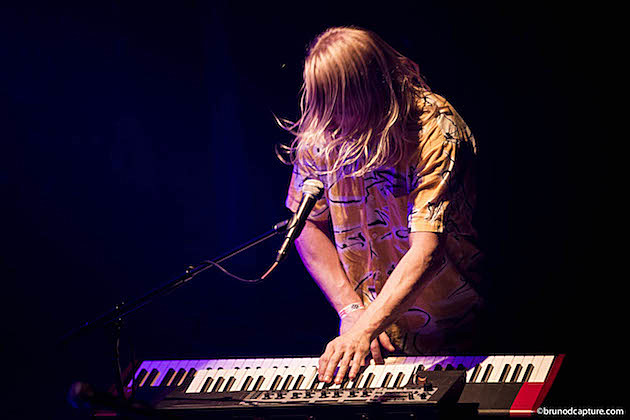 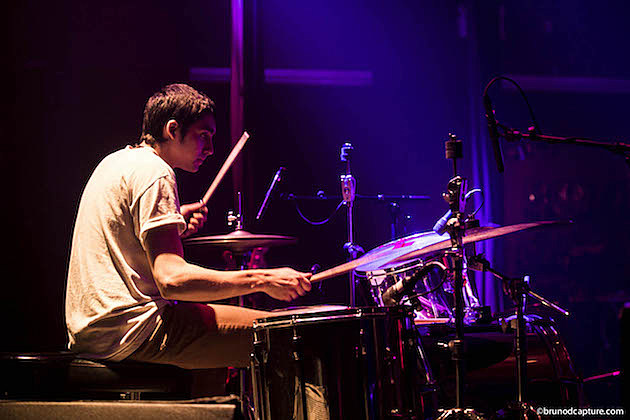 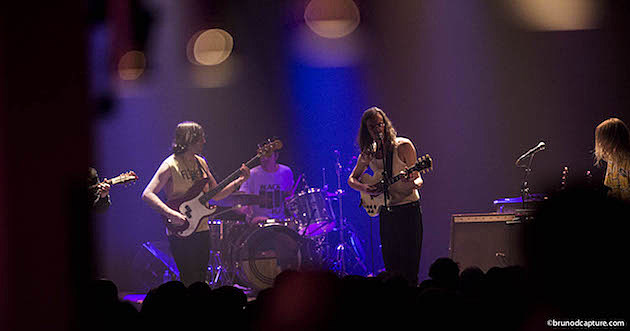 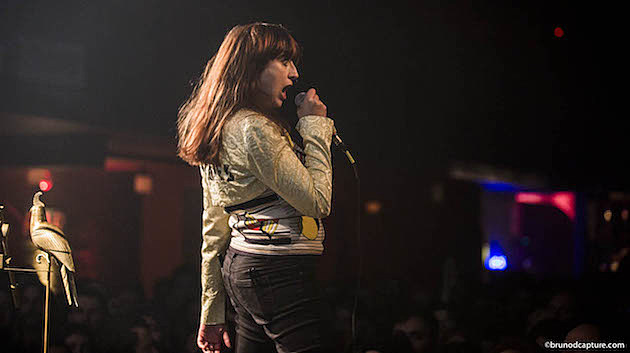 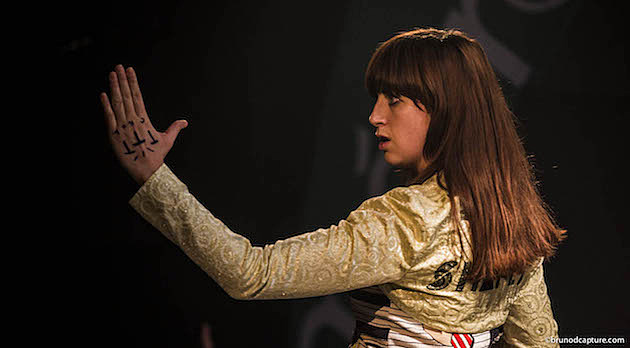 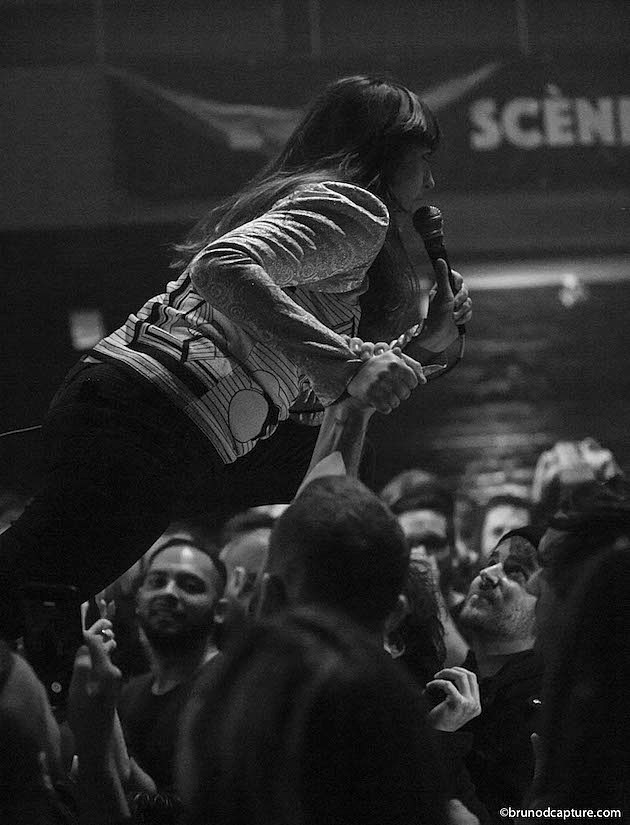 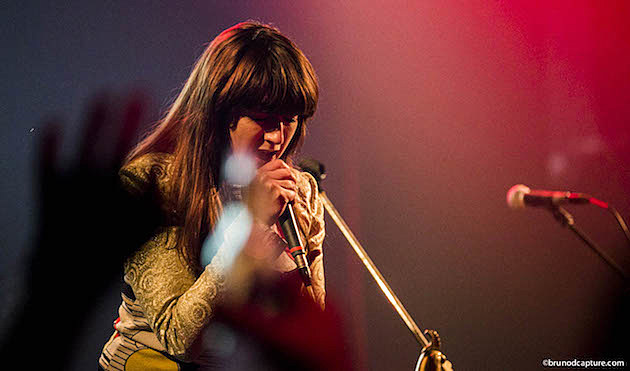 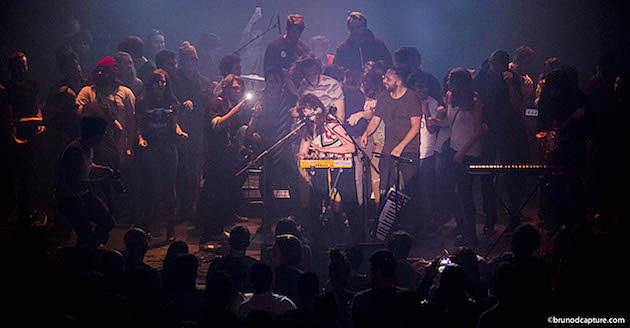 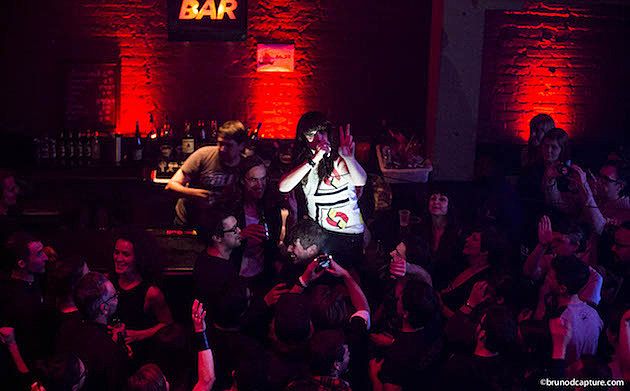 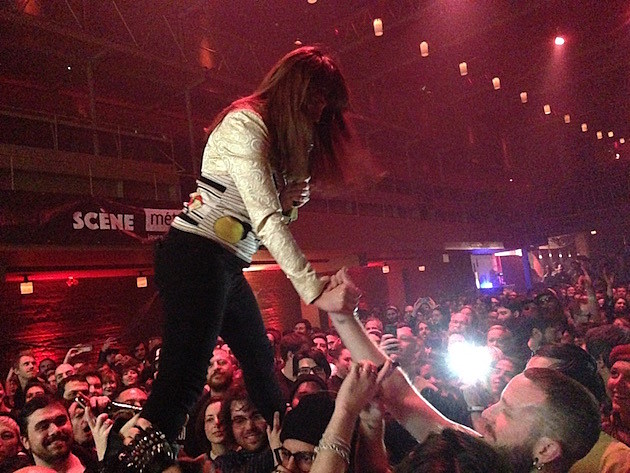 Annie-Claude of Duchess Says. Their show tonight at Club Soda was the most insane show I've ever seen them play.