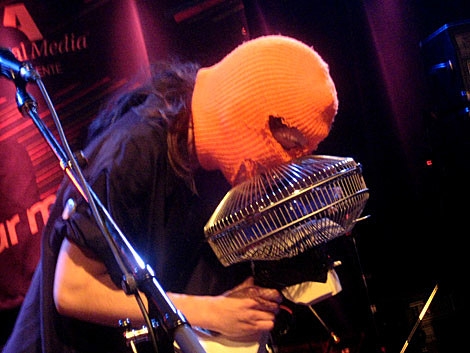 "We sing in English too... just not today," said Automelodi singer Arnaud Lazlaud at the start of their set at Cafe Campus. Kind of the theme of the day, as it was all francophone bands for this Saturday afternoon M for Montreal showcase (11/21). Some might dislike having to watch six bands in a row singing in a language they don't understand, but I actually liked a lot of it.

When you think of French pop, striped shirts, berets, ukuleles and accordions might come to mind. That style is alive and well and still popular in Montreal and we got two bands of just that sort on the bill. Caracol was a little more on the folky/American side, but the songs were jaunty and they could really play. Quirkier were La Patère Rose who were kind of a hipper version of the chanson stereotype. Charming and tiny singer Fanny Bloom is a real pistol and played an accordion nearly as big as her. They even busted out some choreographed dance moves. I could see either of these bands going over gangbusters at NYC's Joe's Pub.

For a day show, the joint was packed (the main room was probably 300 capacity) and was mostly Montreal locals, many of whom were there to see La Patère Rose and Marie-Pierre Arthur who was probably my favorite straight-up (albiet in French) rock act of the whole weekend. She's sort of Montreal's version of Nicole Atkins, mainstream but not in a bad way, a very good songwriter and a skilled musician. I left humming more than a few of her songs.

Things took a left turn after that. Automelodi have a sound that would've been a perfect fit on Mute Records in 1980, or maybe a lost track from that BIPP: French Synth Wave comp): chilly synths, heavily-treated guitars, melodramatic singing. I think singing in French actually helped here, giving an air of mystery to the proceedings. As far as this sort of pastiche style goes, they do it really really well -- and did a good job for them playing at three in the afternoon -- with some very catchy songs. Their debut EP is available via their MySpace, and the band have signed with Brooklyn's home of darkwave/post wave, Wierd Records. They already made their NYC debut at one of their parties at Home Sweet Home in October.

In a similar, if decidedly more idiosyncratic vein was Géraldine which is both the name of the band and of its singer. I'd met Géraldine the day before and she couldn't have been sweeter, telling me about her music through broken English and an endearing laugh. "We wear ski masks," she said. "We use Godspeed's old practice space and they left the masks in there, so we decided to use them." So there they were in ski masks, with Géraldine singing into a pedestal fan while playing it with a violin bow. The crowd laughed nervously. Things got a little more normal after that, as most of her songs, while definitely on the arty side, have hooks and melodies. And despite the ski mask, her charm still comes through. You can download a track at the top of this post.

Headlining the francophone event were hodgepodge funk act Orange Orange. Don Hamel was in Gatineau (who played M last year) and has retained much of that band's schtick, including a variety of old cheapy Casios (including the much-loved Rapmaster) and using an old telephone receiver as a microphone. But Orange Orange drop most of the hip hop aspects of Gatineau in favor of musicality and sex appeal, the latter coming mainly from Sabrina Sabotage. Like many Montreal acts, they put a lot of thought into the performance. I'm not sure I'd listen to the record very often but I'd go see them play again.

While there were plenty of electronic acts at the fest, there was no hip hop. We got a nice dose of it at last year's event (Gatineau and Radio Radio) and I missed it -- whether it would have been in English or French (Cadence Weapon did make two guest appearances this year, but sang at both.) I'm not convinced the French language and rock music work so well together, but it pairs perfectly with a good rapper. Maybe next year.

Saturday night coming soon. A few more pictures from Saturday day, and video of Automelodie, are below... 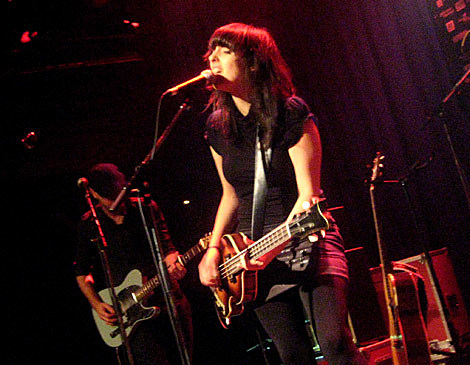 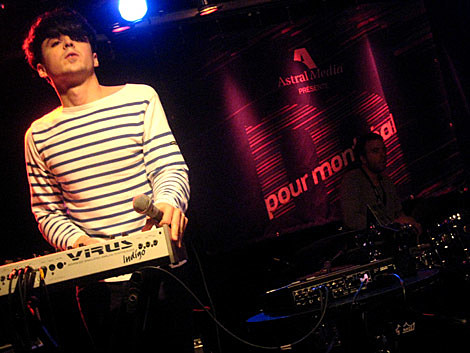 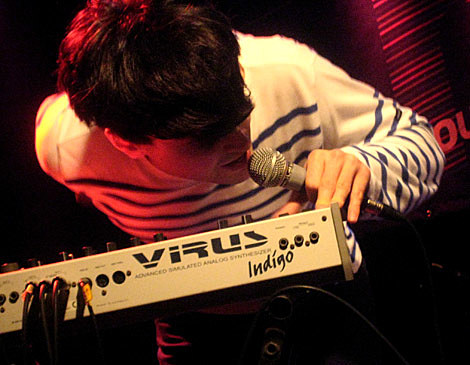 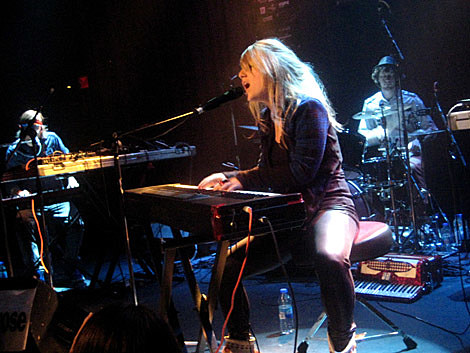 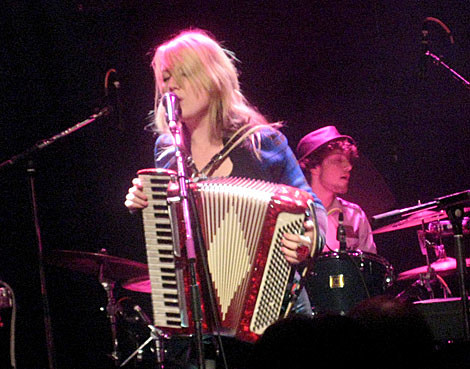 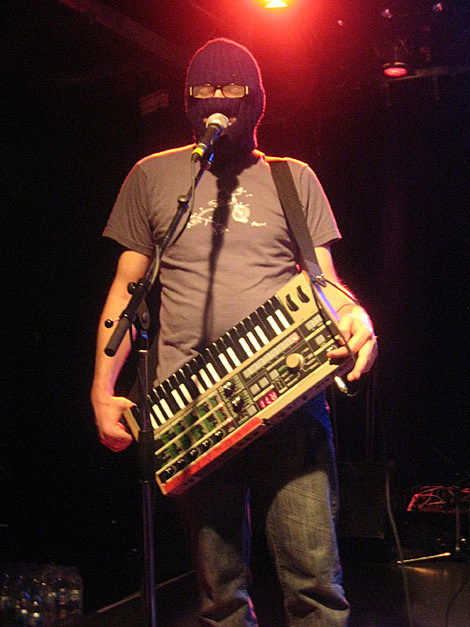 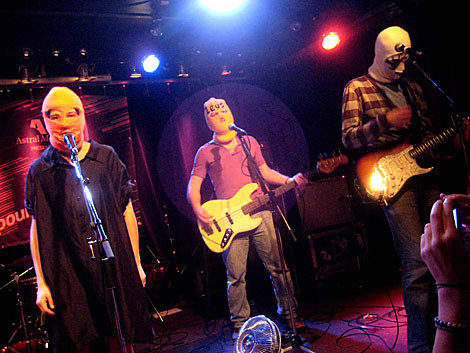 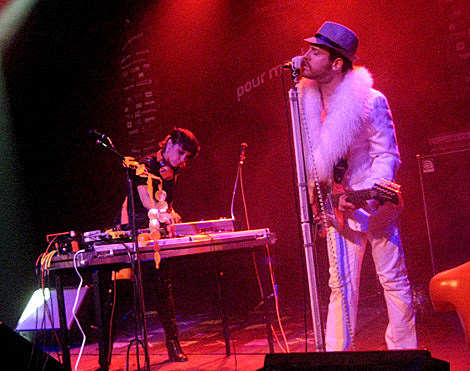