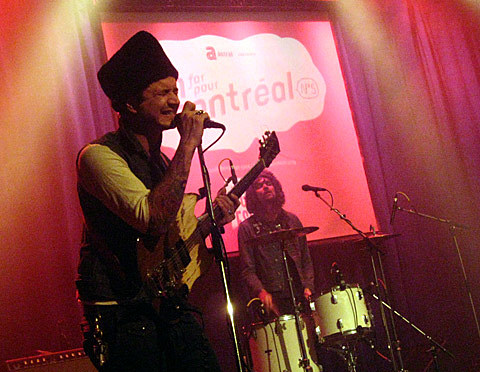 It's the week before Thanksgiving so I must be in Montreal. This is my third time attending the M for Montreal Festival, which is celebrating its Fifth Anniversary this year. There are more "international delegates" attending than ever before: journalists, agents, music supervisors, songwriters, label folk, and other industry types here to check out nearly 30 bands the festival organizers have deemed "export ready."

Also in attendance is KISS bassist Gene Simmons who will MC the big M for Metropolis concert on Saturday night that features Preistess, The Dears, Misteur Valaire and others. He's also filming an episode of his A&E series Family Jewels while here, and his presence is felt even when he, his ten-strong entourage and crew of cameras are not actually nearby.

This is as much a conference as it is a music festival. There's not much time for sightseeing, as delegates' days (especially the media delegates) are a full schedule of press conferences, schmooze brunches, panel discussions, meet-n-greets and more. Then nights are spent checking out the bands on an equally regimented schedule. We see all the bands, there's no running around between clubs.

Wednesday is kind of a warm up day for the festival with the bands playing being "unofficial" selections. In fact, Wednesday night featured the first-ever non-Canadian bands in M's history at an event presented by two other international festivals: Iceland Airwaves and the UK's Great Escape .

There are two Icelandic bands. Seven-piece Retro Stefson, barely into their 20s, make kitchy '80s Eurodisco that would be at home on the Lido Deck of The Love Boat. More grooves than songs, but they are fun and cute and young and try to get the crowd to do some synchronized dancing. (Delegate participation on this...notsomuch.) Hopefully things like choruses and verses and middle eighths will come with time.

Reykjavík's Lay Low is basically a showcase for singer-songwriter Lovísa Elísabet Sigrúnardóttir who is no slouch with an acoustic guitar either. Her folk pop was maybe a little too gentle for a crowd that had been plied with free booze for the previous three hours, but I thought it was still pretty lovely, sort of if the Concretes hired Bjork's less quirky sister to take over for Victoria Bergsman.

On the Great Escape stage we had two Montreal bands, both of whom I'd seen before. Braids use their voices more as another instrument than a conveyor of lyrics. There are points during their set when the harmonies meld with the band's stretched out grooves to achieve ethereal bliss worthy of The Cocteau Twins. Their set is better than the one I'd seen at Knitting Factory back in May, not to mention besting many of the "official selections" at M the following days. NYC folk can catch Braids open for The Radio Dept at Knitting Factory (11/30) and Bowery Ballroom (12/01) in less than two weeks.

The show ran about an hour late which means We Are Wolves didn't take the stage until 1AM. Their garagey electro-rock is  pretty on which elevates my flagging energy, but not enough. It's an action-packed week ahead but I call it a night.

To be continued. A set of pictures from Wednesday continues below... 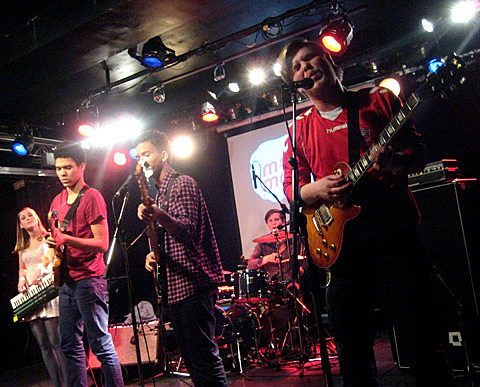 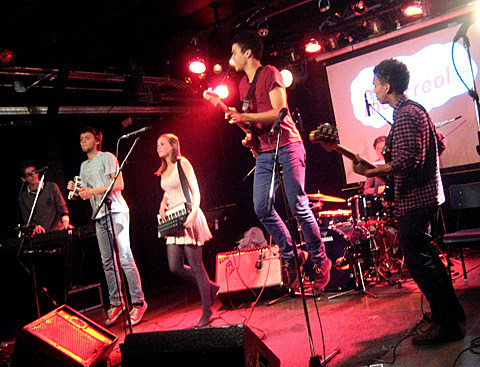 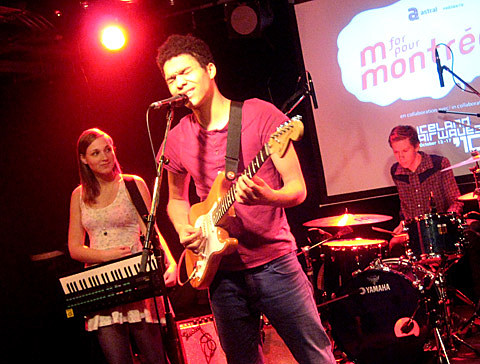 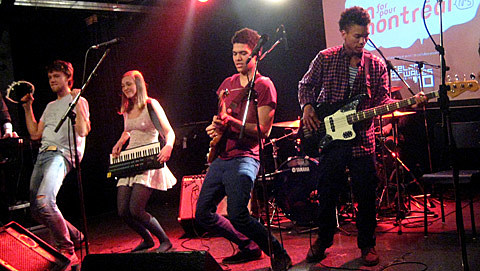 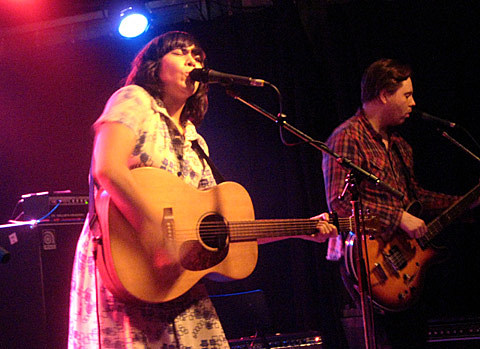 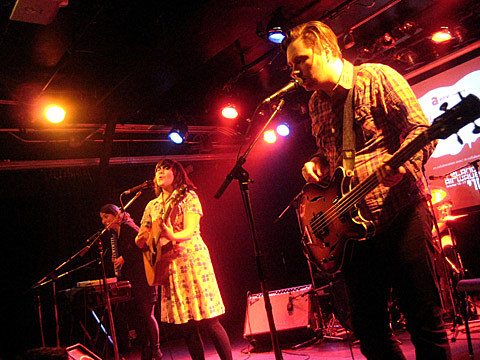 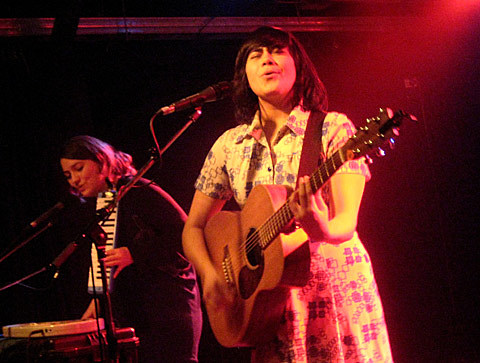 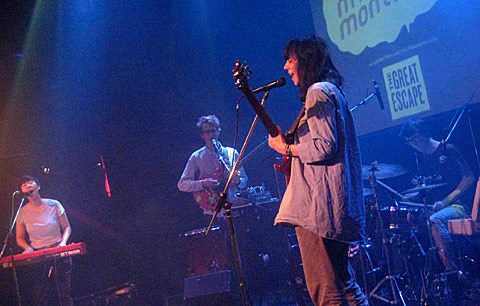 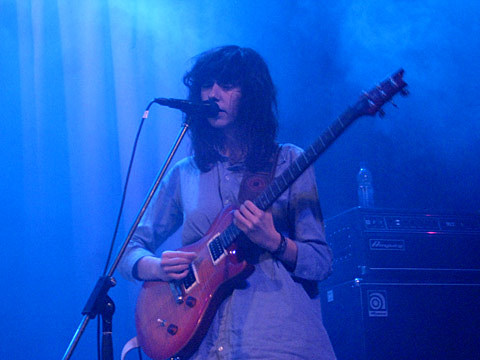 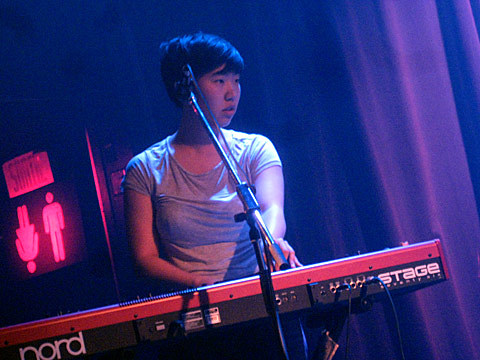 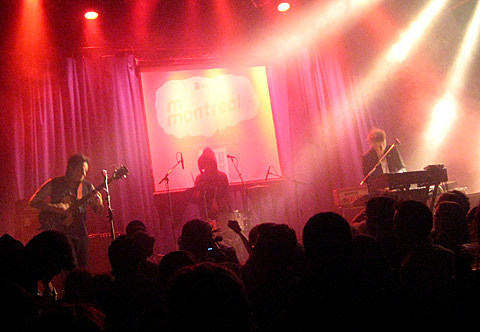 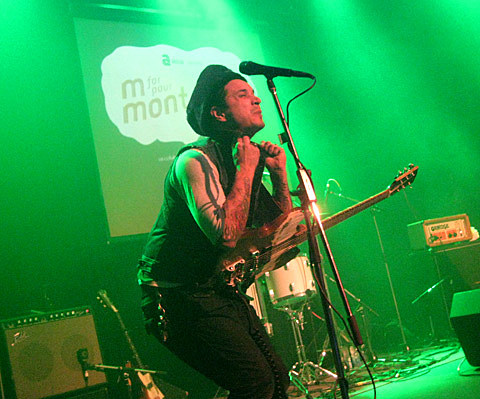 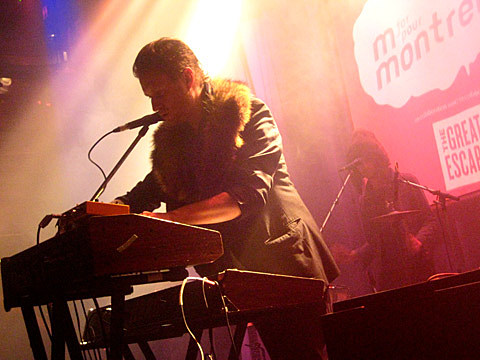