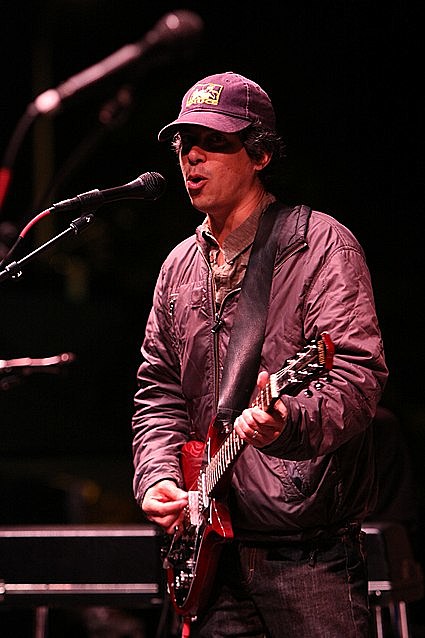 "Singer-songwriter and modern-day troubadour M. Ward announces plans to hit the road this winter and bring audiences on both sides of the Atlantic tracks from his highly-anticipated release, Hold Time (February 17th, Merge Records). Amidst producing and arranging Zooey Deschanel's indie pop gems and being the "Him" of She & Him's critically-acclaimed Volume One this past year, M. wrote and recorded Hold Time, the fully realized follow up to the internationally praised Post-War. It features stunning guest performances by Lucinda Williams, Jason Lytle (ex Grandaddy) and Zooey Deschanel."

That blurb of course was written by M's peeps, who probably could have also mentioned that Paste Magazine declared She & Him's Volume One The Best Album of 2008...

M Ward's new album comes out a couple of weeks before Neko Case's new album which he guests on.

And like his friend Jenny recently did, and like he, Jenny, and Zooey all did for the taping of an episode of the new Elvis Costello show (that airs February 7th), M Ward will play the Apollo Theatre in NYC - on February 19th. Tickets for that show, and all shows, go on presale Tuesday at 10 AM (password = holdtime). All dates below...