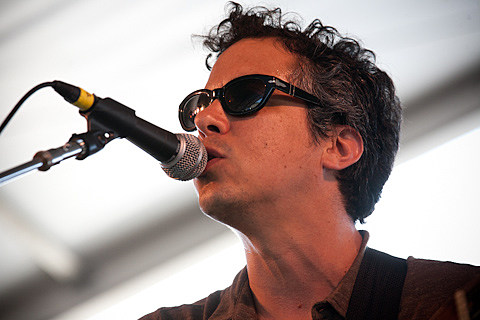 As mentioned, M. Ward is set to kick off a tour with Lee Ranaldo in May which comes to NYC for a sold out show at Webster Hall on May 11. If you weren't able to get tickets to that show, he'll be back in NYC for a much larger show at Prospect Park on August 7, one of the ticketed Celebrate Brooklyn shows. Lee Ranaldo won't open this one (neither will fIREHOSE), but keeping the trend of having clasic 80s/90s indie rock bands on the bill, Yo La Tengo will. Tickets go on sale Friday (4/20) at noon.

Meanwhile, M. Ward, like fIREHOSE, played Coachella this past weekend and will again next week. Check out a video from his performance below.

He also released his new album, A Wasteland Companion, earlier this month via Merge. You can stream the entire thing below.