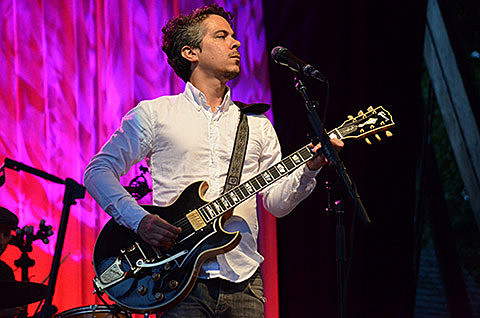 Last month, M Ward announced his first solo album in four years, More Rain, which is coming out on March 4 via Merge and features contributions from R.E.M.'s Peter Buck, Neko Case, k.d. lang, The Secret Sisters, and Joey Spampinato of NRBQ. The first single, "Girl From Conejo Valley" now has an official video, directed by Ward and Carlos Forster, and you can check that out below.

As mentioned, Ward will soon be in NYC for two shows with Jenny Lewis and The Watson Twins at Beacon Theatre on February 3 & 4. Tickets to those are still available. He's also just announced a spring headlining tour, which includes an NYC show at Webster Hall on May 4. Tickets for the Webster show go on sale Friday (1/15) at 1O AM. All dates are listed below.

All M Ward tour dates, along with the new video, are listed below...