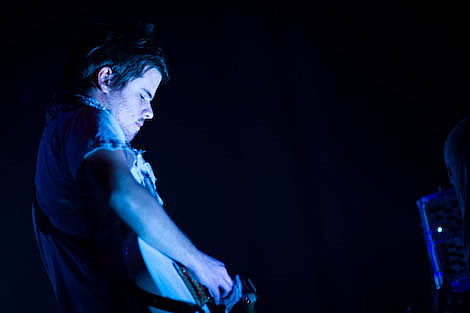 Following a sold-out US tour throughout North America that continues through the end of November, Mute Records and M83 are proud to announce that the band is confirmed to open for The Killers during their arena tour in January and February 2009. The tour is still in support of M83's fifth album Saturdays = Youth released April 2008 on Mute.

The M83 live setup includes Gonzalez on vocals, guitars and keyboards, Loic Maurin on Drums, Pierre-Marie Maulini on bass and guitar and featured album vocalist Morgan Kibby (of LA-based band The Romanovs) on vocals and keyboards.

M83 are also proud to be going on tour with Kings of Leon in December. Kings of Leon play MSG on January 29th (without M83) which is four days after M83 play MSG with The Killers (tickets are on sale). All dates below...