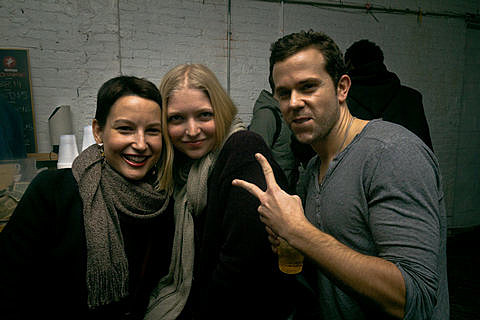 M83's show at Music Hall of Williamsburg on November 23, 2011 was, for me, one of the most highly anticipated shows of the year. And their album, Hurry Up, We're Dreaming, which came out on October 18th, was one of the most highly anticipated albums of 2011 for me. So much so that it has the distinction of being the only record I have ever illegally downloaded out of sheer impatience for the release date. Don't worry though; I bought the actual CD when it came out. Full price. In person at a retail outlet and not online. Sales tax and all. So, you know.

Active Child had been the opener for the entirety of the M83 tour, and Wednesday's Thanksgiving-Eve show was no different. As Rachel pointed out in her review of the show, Active Child went over really well with the packed room, though their energy and song structure was kind of anemic and the direct opposite of the sonic assault M83 would release upon the room later on. Though Active Child had moments of true sonic greatness, I felt that, overall, their sonic ripple didn't expand very far; whereas some bands have a sonic ripple like a boulder being dropped into a lake, Active Child were more like a marble dropped onto wet cement. There is no doubt that some of the aural textures they pulled off were incredible (and not without a hint of Vangelis), and there is no doubt that the harp playing was superior, but there was something about the monotony of the rhythms and chord patterns that almost put me to sleep. And I hate to say it but vocalist Pat Grossi came across as sounding like a cross between Jimmy Somerville with a dash of Herbert Pervert from Family Guy. Maybe it was the anticipation of M83's set that was making me impatient, but they were decent, just not my cup o' tea. But what do I know? 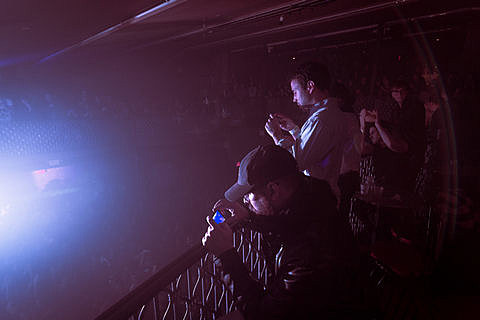 Moments after the clock in the town square struck 10:00pm (22:00), an alien being was summoned to a very dark Music Hall of Williamsburg stage to usher in the great M83. Top to tail, M83's 90-minute (too short!) set was an absolute feast for the senses. They kicked things off with their stellar Intro track from Hurry Up which set the tone sonically and visually for the rest of the evening's fare. Since it was the last show of the tour, I was really hoping that Zola Jesus was going to come out and crush the vocals for that one. No such luck though. Luckily Morgan Kibby was able to fill Zola's role with an impeccable set of pipes. The chest-poundingly high volume and stage lighting absolutely blew the lid off the place and got everyone's asses moving. They followed the intro with the truly anthemic and mesmerizing track Teen Angst, which is the first song I ever heard by them and essentially got me hooked right away. Prior to the album Hurry Up, We're Dreaming, M83 had already established a MASSIVE canon of incredible music and I could hardly stand still when they crushed tunes like Kim and Jessie, We Own the Sky, and Couleurs. However, with the addition of the near flawless 23-song epic Hurry Up, We're Dreaming to their catalog, they could have relied more heavily on their new album and I would have been happy. New tracks like Midnight City, Reunion, and Wait were absolutely deafening triumphs. But I would have killed to hear songs like Raconte-Moi Histoire, Soon My Friend, the bombastic Echoes of Mine as well as Klaus I Love You (for obvious reasons). But that's just me being a prig. (Maybe some day they'll follow the recent full-album performance trend and play Hurry Up, We're Dreaming from start to finish). My only complaint is that the show was over by 11:30pm (23:30). Too short! Being Thanksgiving eve, I was ready for a boozy, long-haul shindig at MHOW, and although a 90-minute set is generous (and exhausting for all involved), even another 30-minutes would have ruled, regardless of how hot it was in there.

M83 has had some serious success in recent years, but right now M83 are freaking huge. The sheer success of this recent tour coupled with the fact that Hurry Up, We're Dreaming is an absolute modern masterpiece of dance, shoegaze, dream pop and whatnot is no doubt going to launch them into a higher stratosphere of popularity. We were lucky enough to get Webster Hall and Music Hall of Williamsburg on this past tour, but I wouldn't expect such intimacy next time around. I'd wager that they are officially a Terminal 5 and larger act now. Without exaggeration, this M83 show was one of the most fulfilling and mind-blowing concert experiences this 34 year old sack of doodie has ever experienced and I am holding onto the experience like grim death because they simply don't cross my path enough.

I didn't go to the afterparty that was right next door above Public Assembly, but photogrpaher Erik Erikson did. His pictures from the show and afterparty, and the MHOW setlist I found on the floor, and a video, below... 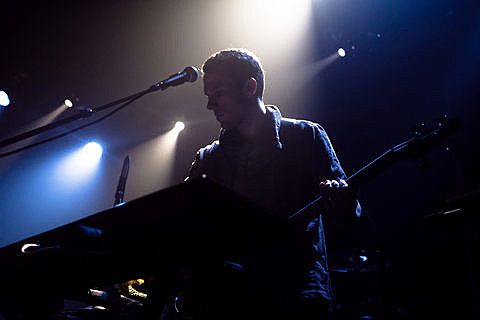 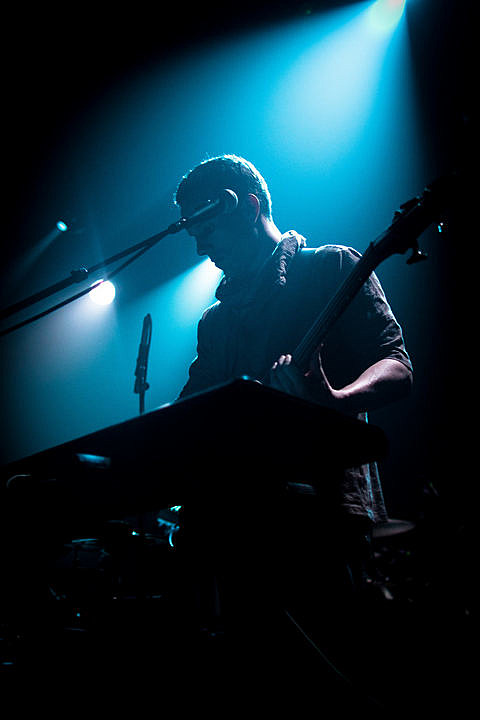 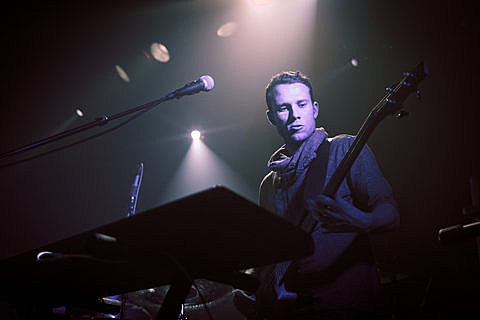 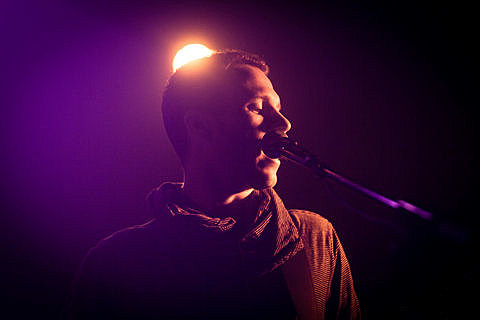 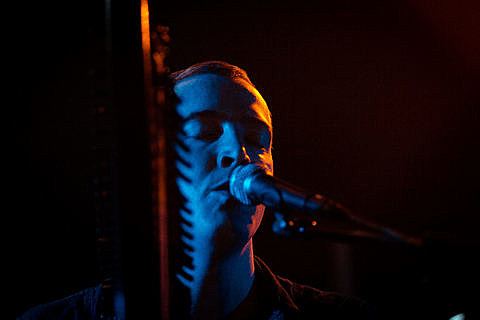 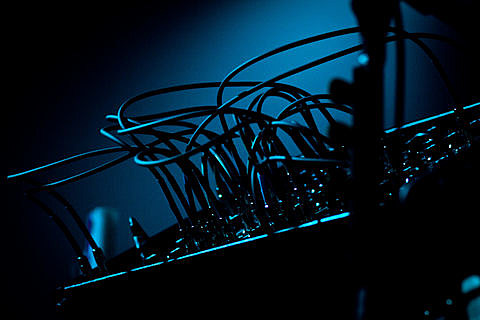 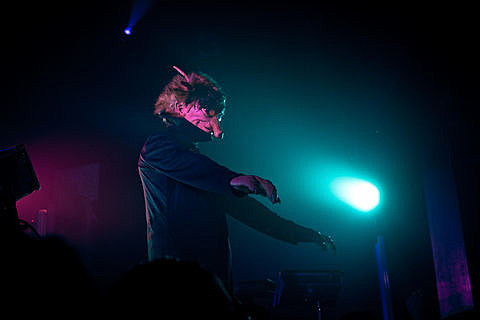 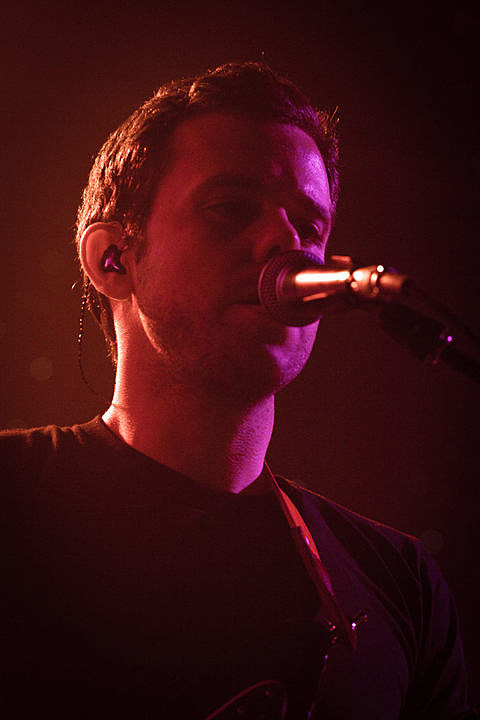 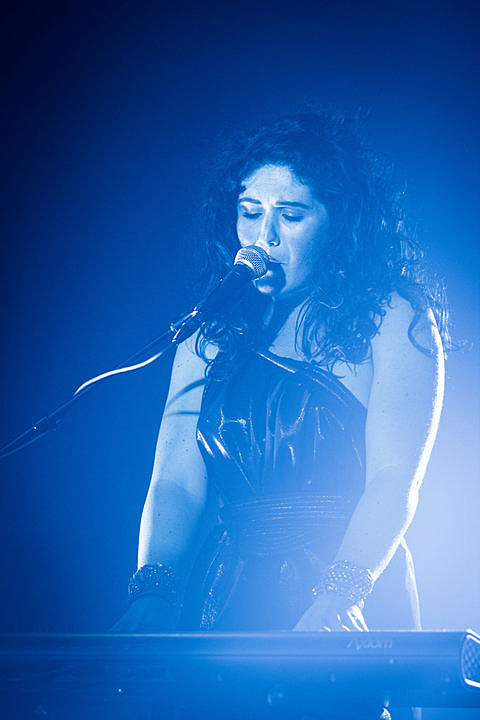 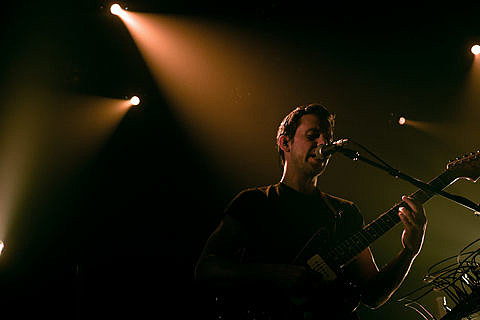 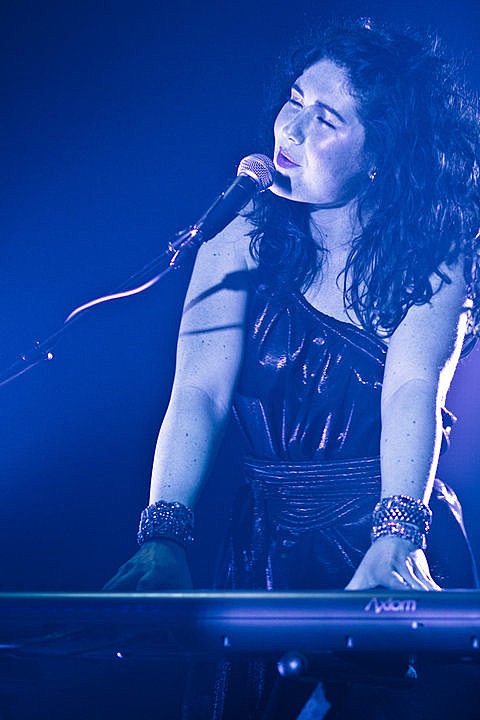 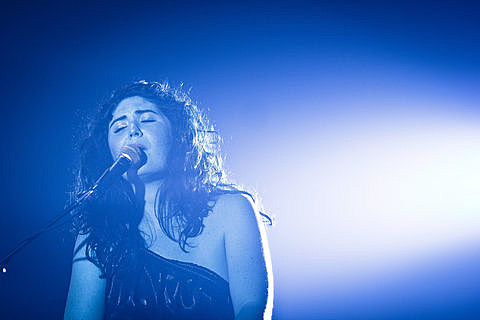 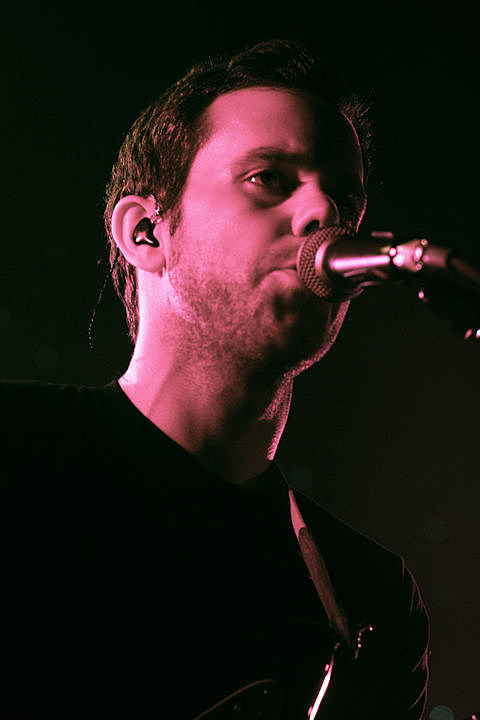 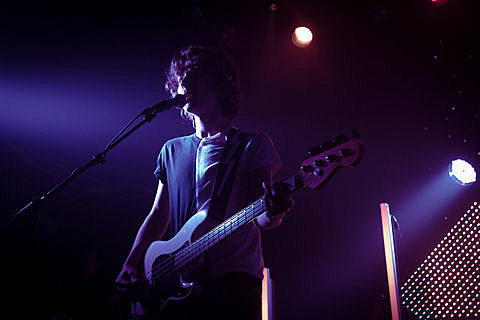 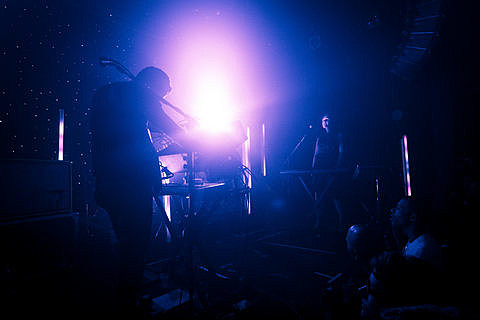 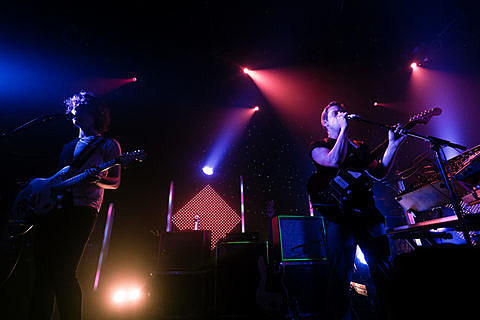 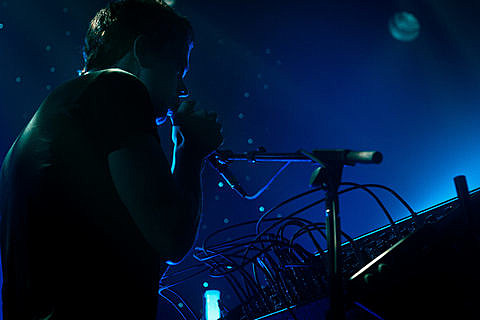 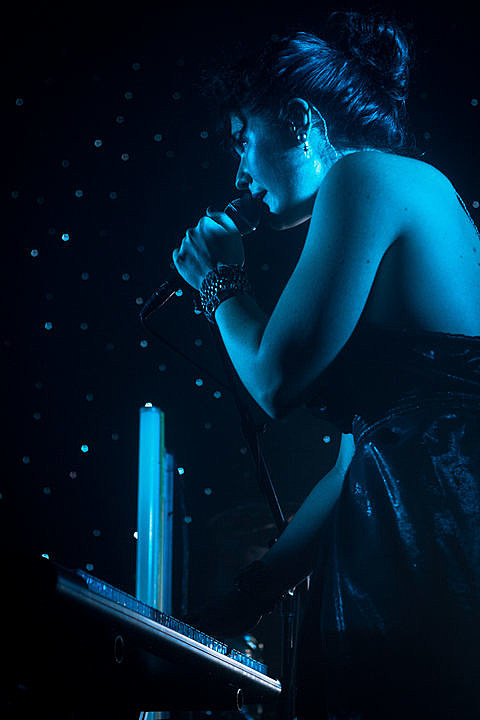 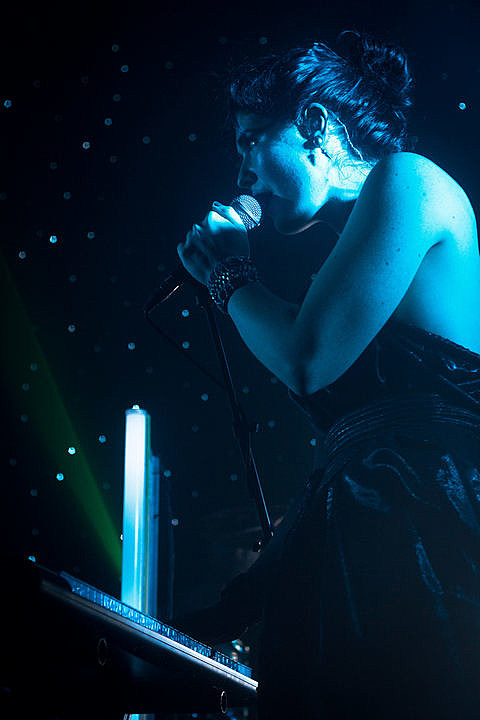 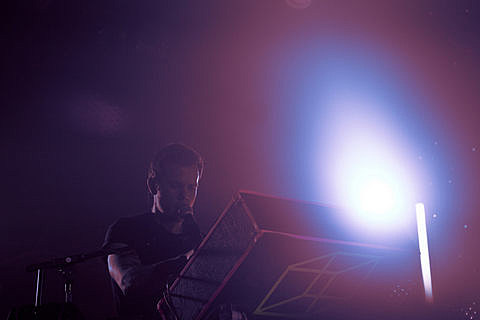 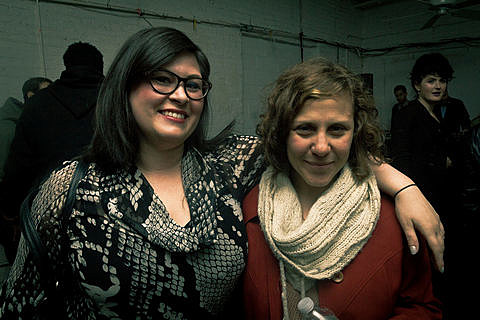 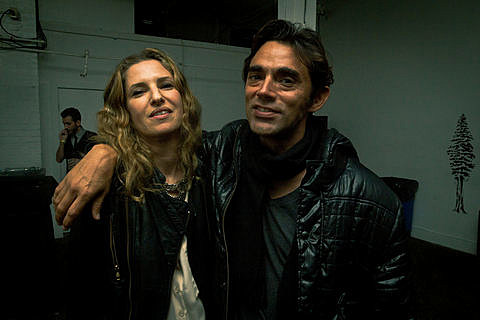 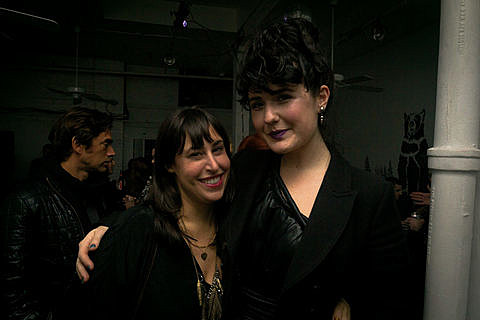 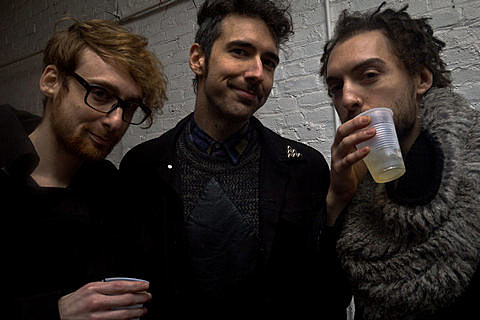 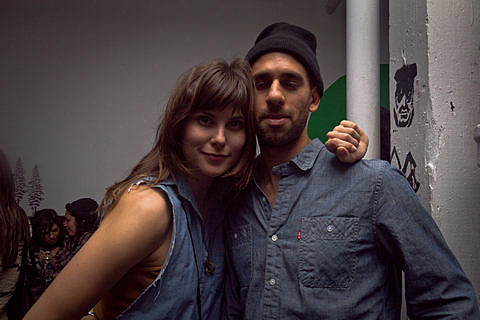 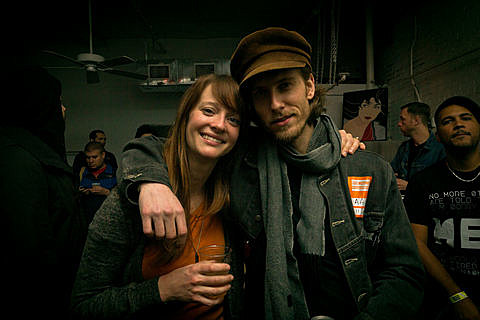 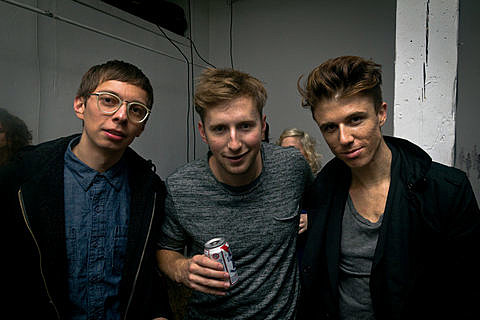 Found this setlist on the floor of MHOW after the show. Says Montreal, but it's the same set the played at MHOW so there you go 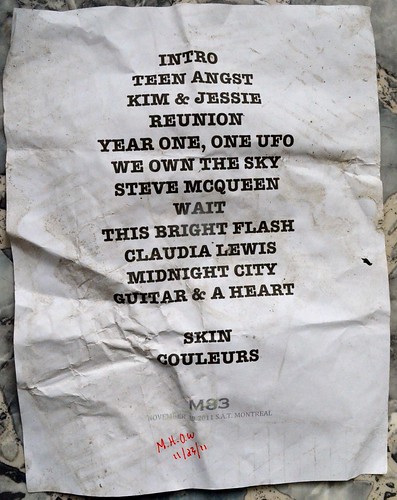