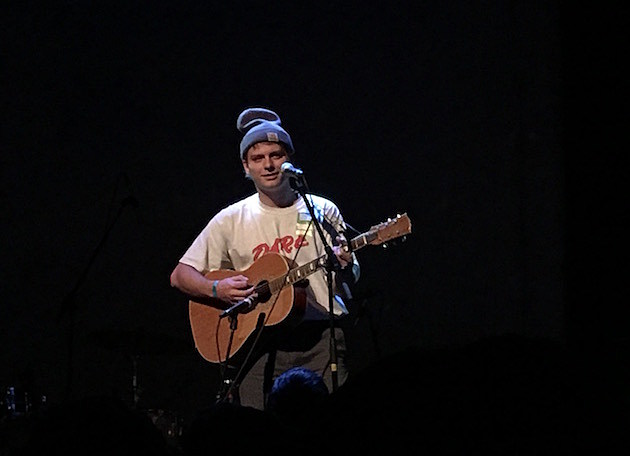 Mac DeMarco headlined the Planned Parenthood Valentine's Day benefit at Music Hall of Williamsburg last night (2/13). It may be more accurate to say he played last -- there were many acts, and nobody got more than three songs -- but when he walked out on stage it was clear who the bulk of the crowd were here to see. Playing acoustic, he offered up two covers -- Frankie Valli & the Four Seasons' "December 1963 (Oh What a Night)" and Billy Joel's "Just the Way You Are" -- and finished with his own "Together" where the crowd's singing nearly drowned out Mac. He then, of course, crowdsurfed. Video of his covers are below.

It was a fun night all around, with lots of covers. Delicate Steve played two Led Zeppelin songs with Christian Peslak from Saint Rich bringing tons of swagger in the Robert Plant role. Ironically, at the same time they were playing, you could see Peslak bringing the house down as New York Dolls frontman David Johansen on HBO's Vinyl. 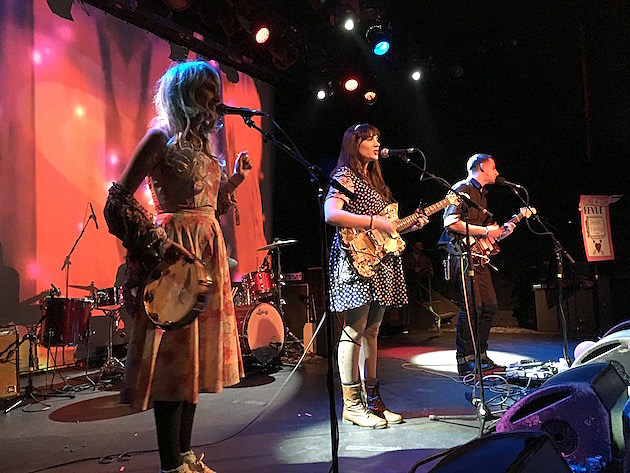 Joseph D'Agostino of Cymbals Eat Guitars covered Melissa Etheridge and Sheryl Crow, the latter with help from Rachel of Field Mouse and Sadie of Speedy Ortiz; Kevin Morby covered Silver Jews and then brought out Cassie Ramone for an acoustic The Babies reunion; Cassie did her own set earlier with Drew Citron from Beverly coming out to cover Blue Oyster Cult's "Don't Fear the Reaper" and Boss Hog kicked butt and then backed Kid Congo Powers for a take on his old band The Gun Club's "Sex Beat." 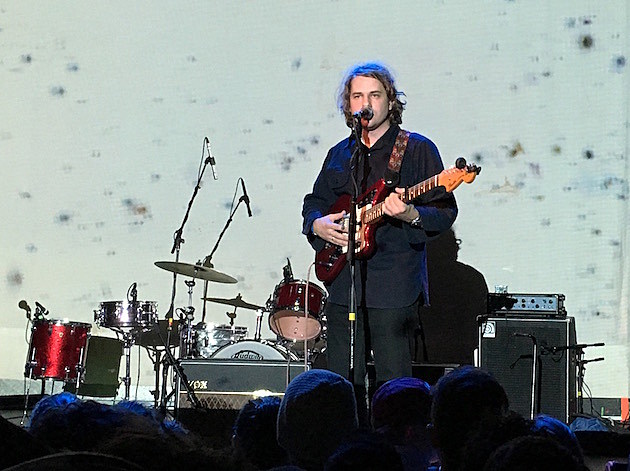