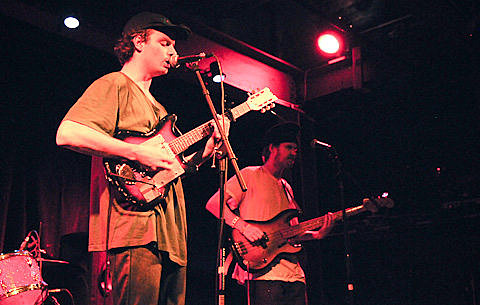 Mac Demarco, whose second album, II, made more than a few Best of 2012 lists (including NME and Pitchfork), will be in the NYC area next month for a couple shows. He's been added to Ty Segall's Webster Hall show on February 1 that also features Ex-Cult. Tickets are still available to that one. Mac will also be playing Bard College the next night (2/2). Mac has no other announced shows at the moment.

Speaking of Ty Segall openers, BV Austin just announced that OBN IIIs will support locally in Austin, before heading out on a tour that includes them opening two California shows that Ty's new project Fuzz are playing.

Back in December, Mac played Le Guess Who? Festival in Utrecht, Holland and there's video footage from his set below.