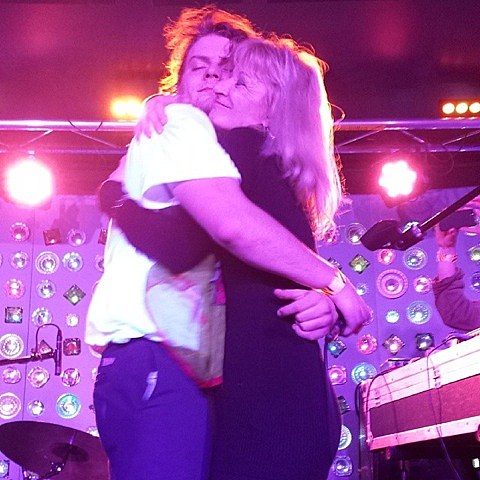 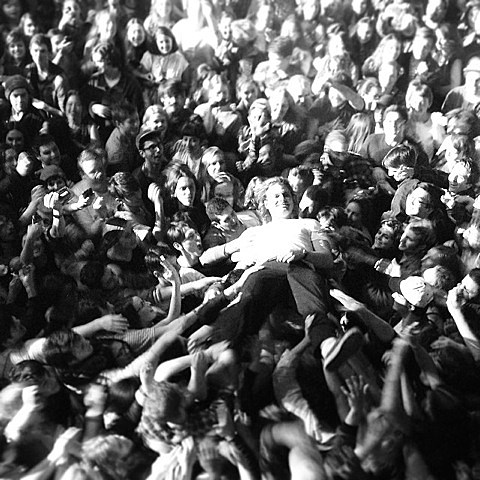 You've built a reputation for certain aspects of your live show. Do you ever think you'll stop doing things like get your dick out while performing?

That's the thing, I don't even do it, I haven't done it for years. But people, the internet, believe that I do and come expecting it, in some ways. I don't really do it, that's the thing. Hopefully people can still walk away and say "Hey, that was a good show" without seeing cock. The only time I show cock or anything like that is when a show is going so poorly you need to pull a fuckin' rabbit out of the hat so everybody forgets how bad we were playing, so people say "Oh my god that was so sweet". - [Faster Louder]

No nudity at either of Mac DeMarco's two sold-out NYC shows this week (Baby's All Right on 4/8, Webster Hall on 4/9), as his North American tour rolls on. That could be because he and his band were playing well, or maybe because his mom was in town. She was in attendance at his Salad Days record release party at Baby's All Right, where she joined him onstage. Baby's also brought him a salad which Mac then proceeded to pass into the crowd who politely passed it all the way to the back, though someone in the very back decided the next move was to dump it on the floor. (Can't we have nothing nice!?) Tuesday's show finished with an in-audience encore of Chris Isaak's oft-covered "Wicked Game" and Neil Young's "Unknown Legend."

In other news, not too long ago Mac participated in a Google hangout with his girlfriend Kiki and Tonstartssbandht's Andy Boay and you can watch that below. He also recently talked about his love of pinball (he owns a vintage 1994 The Shadow machine) with AV Club.

Mac DeMarco's tour with Juan Wauters continues on, and he plays Durham, NC tonight (4/10). All dates are listed, along with the Google Hangout video, below.