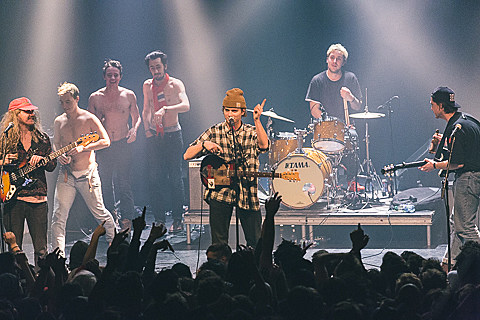 Mac DeMarco and his band played the 2013 M for Montreal twice last week. First, as Walter TV, where Mac just plays bass, with Pierce McGarry on vocals and guitar. Then on Saturday night, he headlined (and sold out) the 1000-capacity Club Soda. Both shows were completely bananas, featuring constant stage diving and crowd surfing, male nudity and other shenanigans. (Club Soda also got impromptu covers "Takin' Care of Business," "Message in a Bottle," "Enter Sandman," and "Stairway to Heaven" in addition to Mac-penned favorites.) Pictures from Club Soda are in this post.

After a tour of Asia and Australia, Mac's Walter TV buds are moving to Los Angeles to be a band full-time while Mac is living in Brooklyn for a while. His third album, due out next year on Captured Tracks, is in the can. We might get a taste of LP#3 here in NYC when Mac DeMarco plays a solo set at Brooklyn Night Bazaar on January 10, with Delicate Steve, Hunters and C/T domo Mike Sniper on DJ duty. Like all Brooklyn Night Bazaar shows, it's free.

More M for Montreal 2013 coverage is HERE and HERE, with more to come. More pics plus a NSFW instagram video from Mac DeMarco's set at M below... 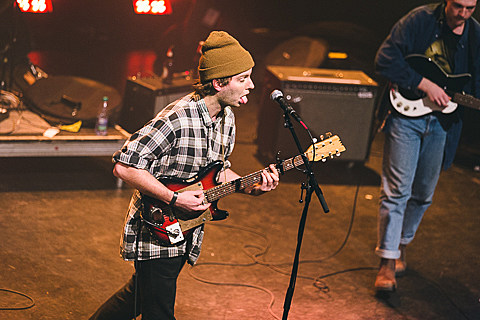 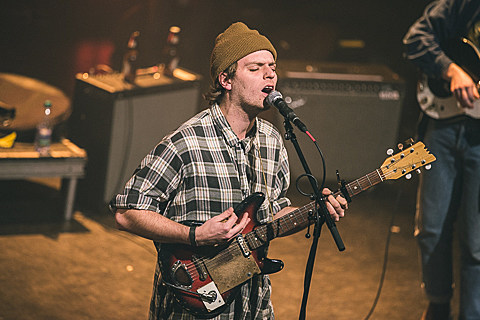 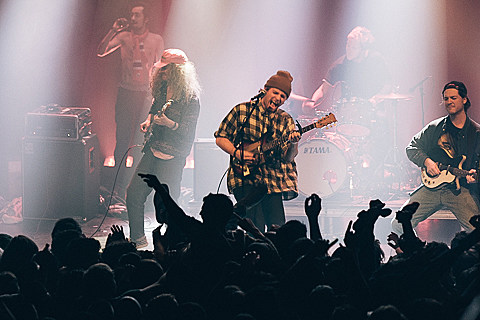 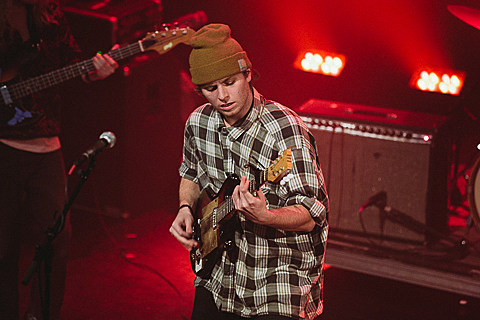 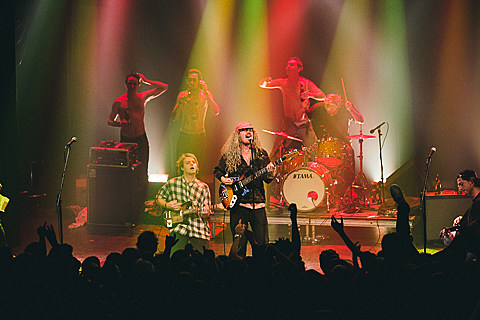 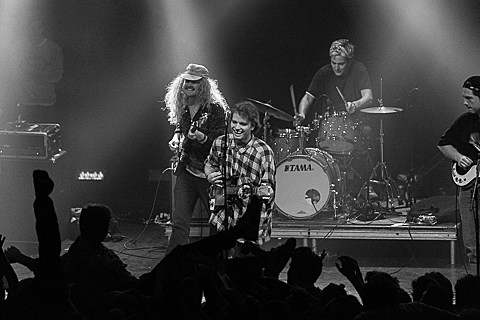 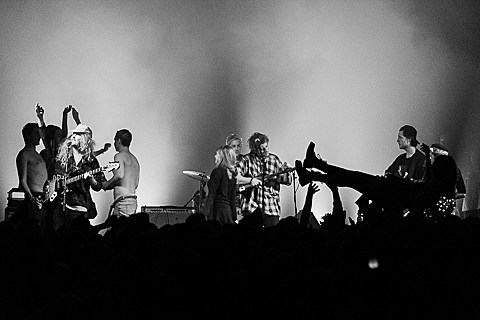