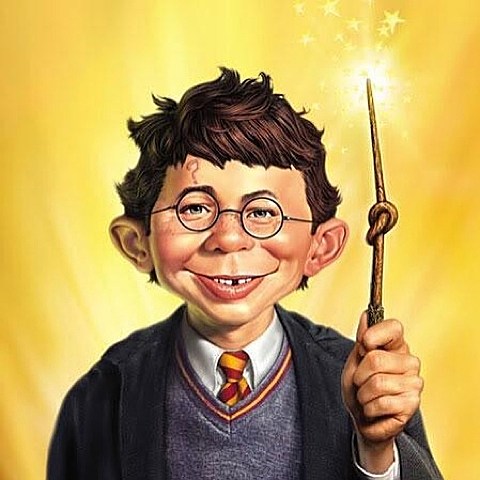 Williamsburg venue Baby's All Right posted an announcement with the above picture that they have a secret show Tuesday (8/4) night. We're not sure who it is, but the first comment on the post is from famed music producer John Agnello, who guessed "Mat Demarco." A little detective work tells us there's a similarly-named musician, Mac DeMarco, who like the wizard above, has a gap in his teeth. The opener is "Another Juan" and the opener for one of Mac's other upcoming NYC shows is Tall Juan. Hmm...

Whether or not Mac DeMarco is on that show, he does have a lot going on at the moment. He releases his new mini-LP, Another One (which sounds similar to "Another Juan," no?), this week, and you can stream it full now, below. He's also the latest guest on Pitchfork 'Over/Under' series. Video of that below too.

In more related news, Art Is Hard Records got a few artists together to write vocal versions of Mac's recent instrumental record, including Shunkan and Nai Harvest. The description reads:

Remember the instrumental album that Mac DeMarco pushed out early July? Written and recorded in his bedroom across just four impressive days, we are merely lo-fi paupers whilst Mac wears the crown.

We thought it'd be great fun to get some AIH friends and family in to have a play and complete the tracks by adding their own vocal & melody ideas. Initially wanting to match the four-day window that Mac achieved the process in, it turned out this was next to impossible ..

HOWEVER! Everyone managed to finish their takes and have done a great, great job. Come roll in the disco fusion of Shunkan vs Mac on Hachiko, the grizzle fuzz of pet cemetery's Fish Terry or Early Ghost's paranoid deprecation on closer Special K.

Mac gave it away for free and so are we. Enjoy!

You can download it here and stream it below...