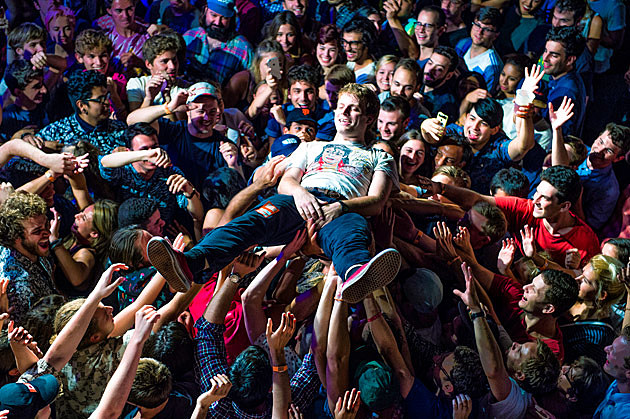 Mac DeMarco has had a pretty good year, having released Another One, and touring to sold-out crowds all over the globe (including four NYC shows in August). He'll be on tour again at the start of the year with dates in Australia and New Zealand, and has just anounced a short North American tour for the spring.

Those dates include another NYC show, playing Webster Hall on May 16. Tickets for the Webster show go on sale Friday (12/11) at 11 AM. All dates are listed below.

Mac also guests on "100 Million," a song by Blouse singer Charlie Hilton that's on her forthcoming solo debut. Woods' Jarvis Taveniere produced the track and it's definitely got a bit of Mac's warbly sound in it. Listen below.

In other news, Mac has launched an official fan club that's run, in part, by his mom (she's Fan Club secretary). There's a free option, as well as one with an annual membership fee ($50 in the U.S.) that gets you special gifts like a "fan club ring, newsletter and other perks." Watch a "welcome to the fan club" video, made by Mac and the band, below.