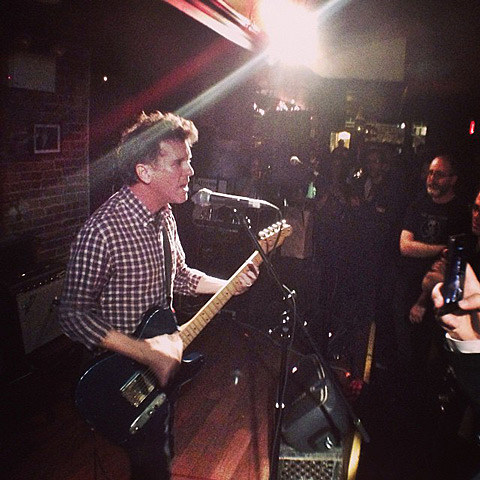 I make no bones about my love of '80s goth: Bauhaus, Siouxsie, Xymox, Xmal Deutchland, Red Lorry Yellow Lorry, The Bolshoi etc...I'm all for it. (Fields of the Nephilim, not so much.) But my favorite is probably The Sisters of Mercy whose first two albums -- 1985's First and Last and Always and (especially) 1987's Floodland -- are pretty much stone-cold classics that I can listen to anytime of the year, but I tend to OD on around Halloween. I was, in fact, listening to them today when I saw that Superchunk frontman and Merge mogul Mac McCaughan had just posted a cover of "First and Last and Always" on his soundcloud. Mac keeps the inherent drama but gives it the Portastatic treatment, stripping it down to acoustic guitar and synths. (Mac adds, "Doktor Avalanche was not available for the session.") You can stream it below.

Mac was just in NYC for CMJ, playing a solo show at HiFi. Anybody catch his set? Mac's take on the Sisters, plus a mix of classic '80s goth for your Halloween listening, below..