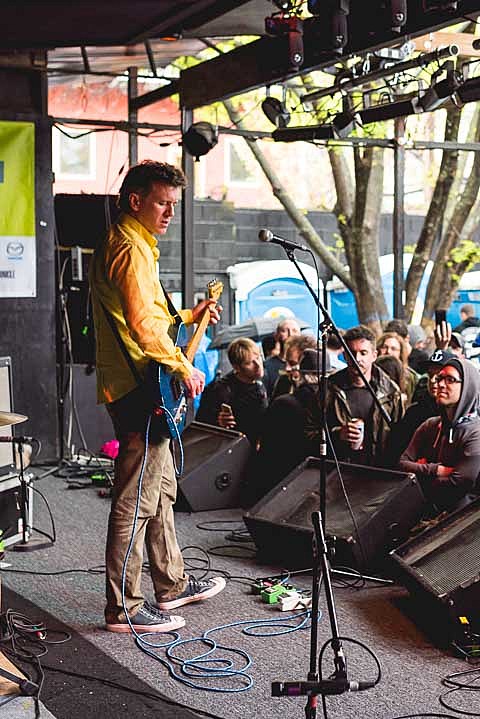 Mac McCaughan has a new 7" out next week, "Box Batteries," which is a different version of the song that appears on his forthcoming solo album, Non Believers. (Preorders are available.) Like most of his songs, "Box Batteries" has an instantly catchy chorus but has an almost low-fi approach that tips towards The Clean or other Flying Nun acts. Here's what Mac says:

An ode to making sure you have the power to listen to your homemade cassettes in even the most remote locations, "Box Batteries" is perhaps the most rocking song from Non-Believers and captures of the spirit of the album. The special 7-inch version features a pounding Farfisa, various types of distortion, and a tireless drum machine.

The song makes its premiere in this post and you can stream it below.

The limited-edition hand-numbered "Box Batteries" 7" will be available at independent record stores and at Mac's shows beginning April 7. Mac's tour hits NYC at Baby's All Right on May 16. Tickets are still available. McCaughan has also added a show on May 14 at WFMU Monty Hall in NJ and tickets are on sale for that show as well.

The Merge-signed Flesh Wounds open both NY-area shows (and many of the May dates) and here's a bit more about them from McCaughan:

The Brooklyn date also has And The Kids opening. All dates are listed, along with the "Box Batteries" stream and album trailer, below...