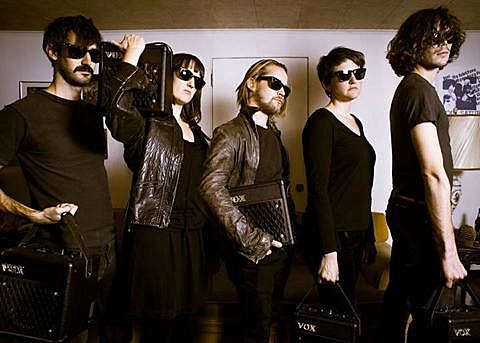 You may have already heard that former child actor Macaulay Culkin has a band called Pizza Underground who do pizza-themed rewrites of Velvet Underground / Lou Reed songs. The band posted an eight-minute medley including "I'm Beginning to Eat the Slice," "Pizza Day," "All the Pizza Parties" and "Take a Bite of the Wild Slice"...you get the idea. You can stream it below.

Pizza Underground are not just content to record demos in Macaulay Culkin's house. The band, which formed a year ago according to The Guardian, played a recent Lou Reed tribute at Sidewalk Cafe and will be playing a show this Friday (12/13) at Baby's All Right. It's a free show and happens at 7 PM. "Free pizza while supplies last."

The Pizza Underground demo/medley is below...