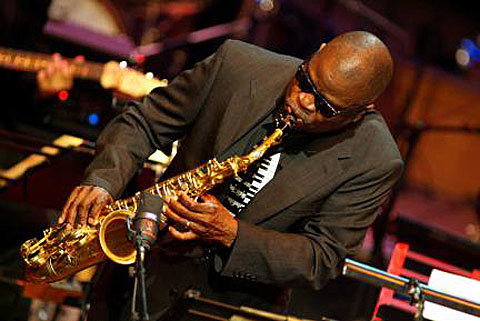 Saxophonist, member of The J.B.'s and Parliament, and all around funk legend Maceo Parker has only lined up a few 2013 shows so far, including a few dates in Japan in February, the Lionel Hampton Jazz Festival in Idaho ( Feb. 20 - 23) and some dates in Louisiana. Parker will also be in NYC for a four-night run at Blue Note on April 22 - 25. Each night will feature the bandleader/instrumentalist playing two sets, and tickets are on sale for all eight shows: 4/22 early and late, 4/23 early and late, 4/24 early and late, and 4/25 early and late.

Head below for Maceo's full tour schedule, as well as some streams of classic material by The J.B.'s.