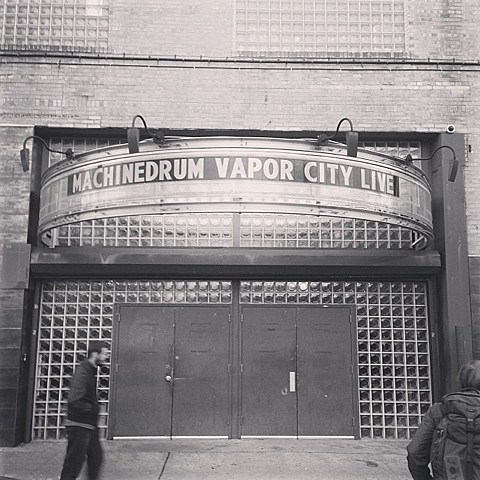 Machinedrum (aka Travis Stewart) released his impressive new album Vapor City earlier this year and has been celebrating it with some live, full band shows including the one in NYC last Saturday (12/7) at Music Hall of Williamsburg. The show was opened by Om Unit and Nick Hook, as well as an unannounced set from Machinedrum's duo with Braille, Sepalcure. No video of the MHOW show, but you can watch a video splicing together clips of some of his other live sets, below.

Meanwhile, Sepalcure will headline their next NYC show on January 10 at Cameo with Alex Burkat and Aquarian. Tickets for that show are on sale now. It's their only announced date at the moment.

Stream the title track of their recent Make You EP, along with that Machinedrum video, below...