Jay-Z (right) with Jaz. Note, not a recent picture. 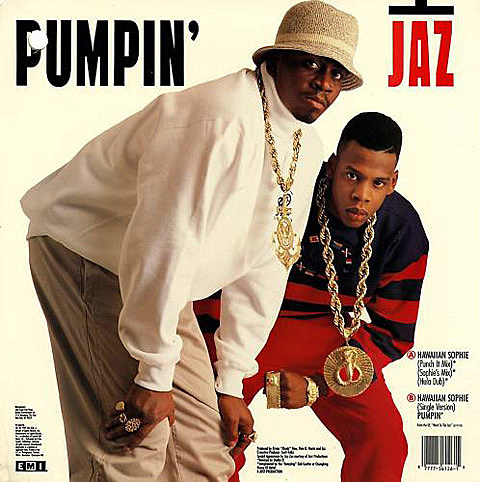 Jay-Z's bid for a festival, known as Made in America, will return to Philadelphia in 2013, setting aside August 31- September 1 at Benjamin Franklin Parkway for the second edition. Check out a teaser trailer below, and line-up is forthcoming.

In other Jigga news, the man who REALLY started from the bottom (sorry, Drake- lol) has moved his Roc Nation venture away from Columbia Records and back to Universal:

News comes today from Jay & Roc Nation themselves that they've decided on Universal Music Group as their parent label, departing from multi-year deals that had Roc Nation records, including the most successful release from the company thus far, J. Cole's 2011 debut Cole World: The Sideline Story, releasing on Columbia Records.... Roc Nation's next release, which appears to be J. Cole's oft-delayed, but highly-anticipated sophomore effort Born Sinner, will be released on Roc Nation/Universal Music Group. -[The Source]

Roc Nation currently houses J. Cole, Jay Electronica and others, while managing such names as Rihanna, Meek Mill, Wale, Timbaland, and No I.D.

As mentioned, Jay-Z will join Justin Timberlake for a pair of shows at Yankee Stadium on July 19 & 20. Tickets for both are still available, but probably not for long.