photos by Kevin Mazur for WireImage/Getty 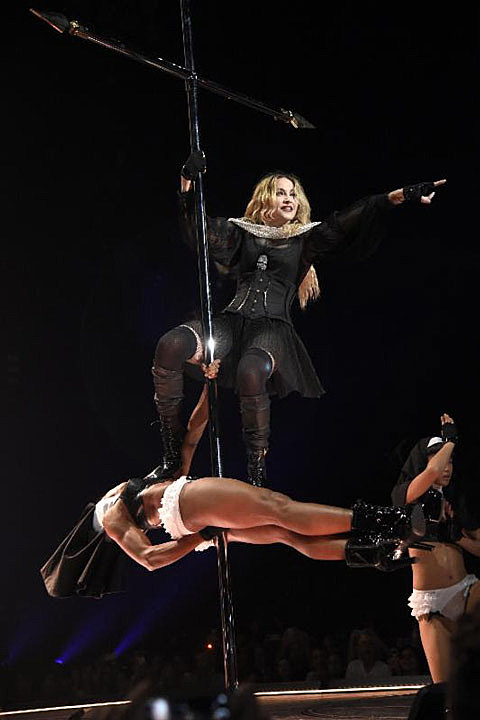 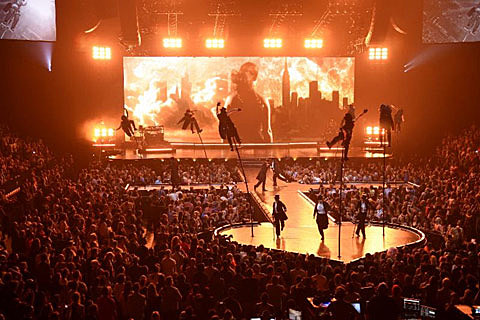 There was a backscreen projection of Nicki Minaj motormouthing through the shuddering bass in Bitch I'm Madonna (rarely has a song title been more perfect for pricey shirts at the merch stand), although the virtual cameo was upstaged by a cyclone of geishas. There was Madonna whipping off her skirt and playfully scolding the gawkers ("I'm up here") as she riffed on a Flying V in an aggressive Burning Up -- boiled down to an elemental form, like most of the set list's vintage pieces.

And there were the stripper nuns. Twenty-six years after Like a Prayer's video scandalized the Vatican and parents who relied on MTV as a cheap babysitter, the sight of dancers twisting down steel crucifixes while Madonna snapped "bitch, get off my pole" in Holy Water was hopefully intended to be comical. The Last Supper tableau that played out during a rumbling Vogue was more challenging, as was the dance-off in Devil Pray that seemed to advocate for spirituality as the most powerful drug. - [Montreal Gazette]

Madonna launched her Rebel Heart Tour on Wednesday night (9/9) at Montreal's Bell Centre. The tour was actually supposed to have started August 29 in Miami, but the first five shows were canceled for more prep time. As you'd expect from Madge, this tour looks pure spectacle, featuring elaborate stage sets, dancers (some of whom are atop flexible poles a la Mad Max: Fury Road), and costumes by (deep breath), Alessandro Michele for Gucci, Alexander Wang, Fausto Puglisi, Jeremy Scott for Moschino, Nicolas Jebran, Miu Miu, Prada and Swarovski. And of course, button-pushing setpieces -- see "stripper nuns" in the quoted review above.

There was also no shortage of hits ("Burning Up," "La Isla Bonita," "Like a Virgin", "True Blue," "Holiday" and more) plus a sampling of new album Rebel Heart. Diplo, who is one of the album's producers, opened the show. Setlist, a few more wire images and a Madonna HQ-provided "by the numbers" breakdown of the tour (lights, shoes, giant crucifixes), below. 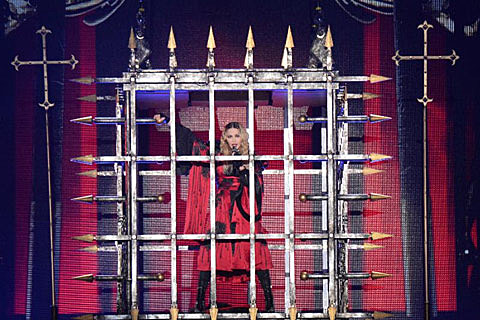 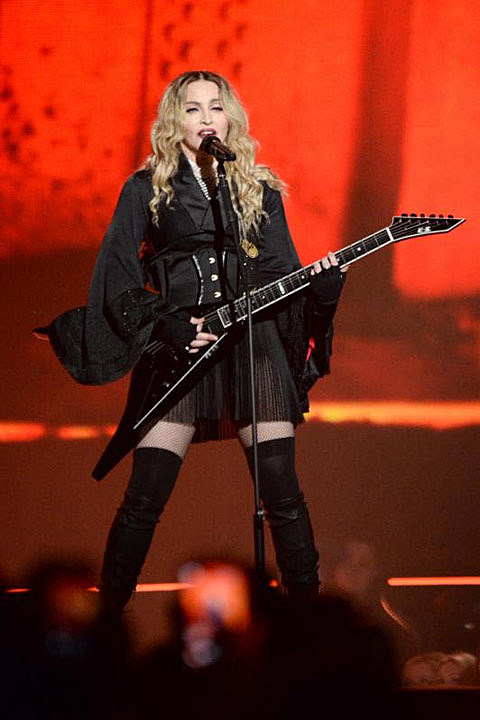 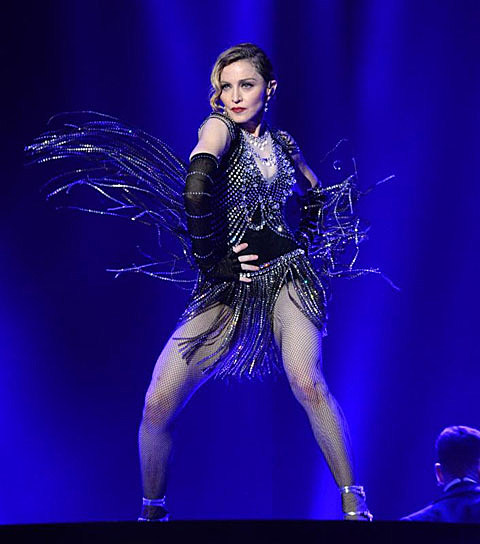 MADONNA's REBEL HEART TOUR BY THE NUMBERS
ONE specially designed crucifix shaped stage which flows directly through the audience with a heart shaped "Rebel Heart" at the end of the runway.

2,150,400 LED Pixels are light up the rear screens on the Rebel Heart stage

140,000 pounds of lights, sound and video equipment necessary for each night's performance.

55,000 pounds the weight of the moveable stage ramp used multiple times throughout the concert.

25,391 miles of road will be traveled by tour bus for the North American Leg of tour.

1000 plus wardrobe pieces are required for all the performers onstage.

500 pair of shoes have been custom made.

200 plus pair of fishnets will be worn by Madonna by the time the Rebel Tour wraps.

180 the number of people working and traveling on the Rebel Heart Tour.

121 Days of Rehearsal before the opening night of the tour in Montreal.

60 people make up the costume staff dressing, sewing and adjusting the costumes night after night.

25 string instruments are used during the show.

23 Songs are on the Rebel Heart Tour set list each night.

22 videos play on the rear screens during the concert.

17 Make Up brushes and 5 powder puffs used on Madonna each night.

13 drums make up the drum-kit.

7 bouncing sway poles extend over the audience during the performance.

6 custom designed sets of lashes are used each night.

4 static poles arise from the stage during the show.