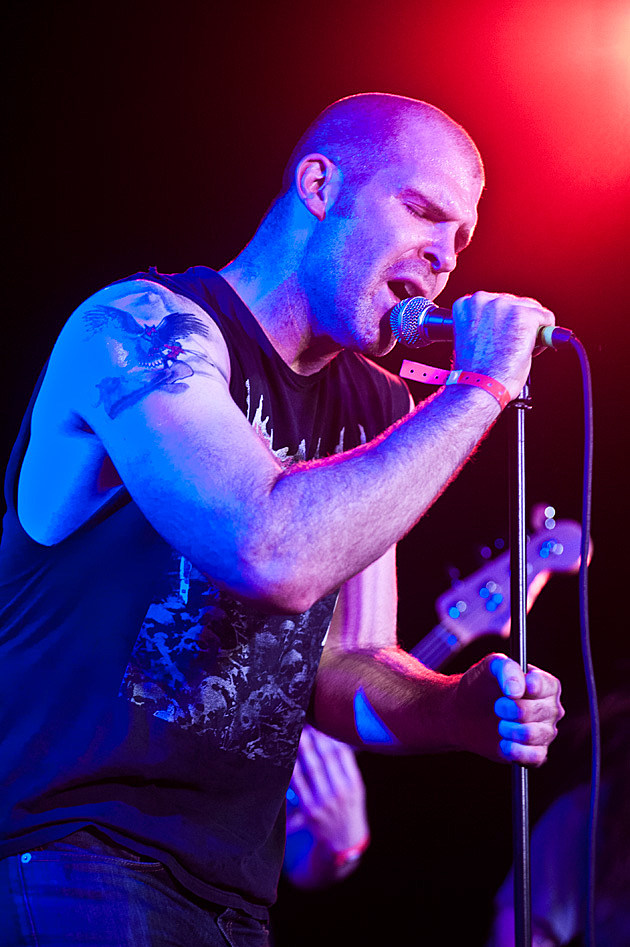 Magic Circle's lyrics communicate depression via loneliness, betrayal, death, and suffering, but Brendan Radigan's as likely to lash out as lament when he sings them. His voice cuts across Magic Circle and it, not the music, sets the album's tone. Even during the album's slowest and quietest moments, Radigan is there, howling, but never lacking for melody. Doom metal's not supposed to be cathartic like this.

The above review comes from Invisible Oranges, where we discussed the mammoth Magic Circle LP, undoubtedly one of the best doom releases of the year and released, somewhat curiously, by a gang of guys known for being in bands like Rival Mob, Mind Eraser, No Tolerance, Boston Strangler and a gang of other stellar hardcore bands from Massachusetts. If you aren't familiar with Magic Circle, I'd suggest two things:

1) Listen to their S/T LP in full ASAP, which is streamable in this post.

2) Catch them live at Acheron on September 7 with Trenchgrinder and more TBA. Tickets to this one-off show are on sale now.