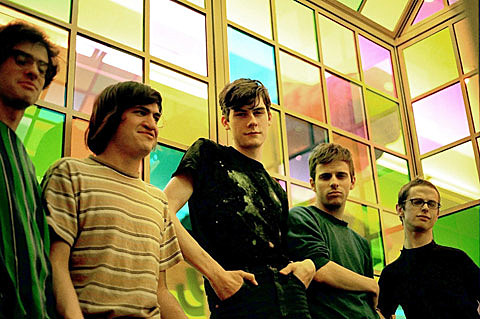 Memphis's Magic Kids are currently on tour with Ariel Pink and will be in NYC this week for a couple of shows. Memphis is also the name of their debut album which is out on August 24 via True Panther Sounds. It's an impressive homage to '60s baroque pop, with a giant debt to Brian Wilson and Phil Spector and the Zombies - treacly sunshine pop that stops just short of cavity-inducing. The orchestration is rather swoony. Live, Magic Kids reek with Up With People positive vibes, almost to the point that I wonder how genuine they are about all this, but then I think I'm just old and cynical and need to just relax and soak in the rays. It's a nice record.

I haven't seen them play since last summer when they only had one single out, so I'm looking forward to catching them now that I've heard the album. Reminder: Magic Kids open for Ariel Pink's Haunted Graffiti on Saturday (7/24) at Irving Plaza and we're giving away THREE pairs of tickets. Details below.

Additionally, if you'd rather see them on a boat, Magic Kids are playing a Rocks Off concert cruise on Monday, July26 which actually sounds like it might be fun. Tickets are $10, and we have five pairs to give away! Details below.

Flyer and all dates down there to... 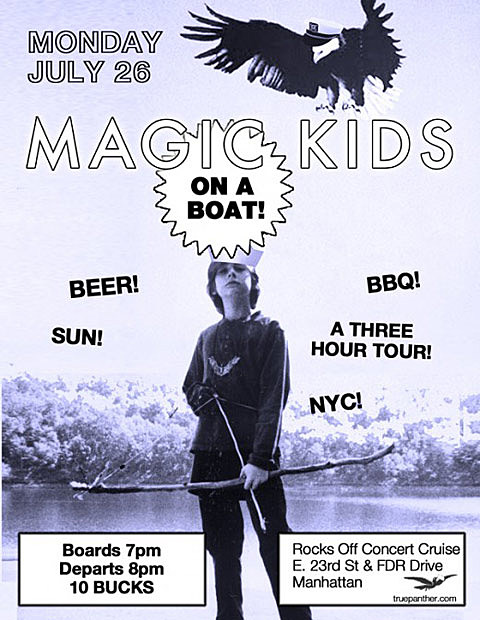 TO WIN TWO TICKETS TO ARIEL PINK/MAGIC KIDS @ IRVING PLAZA: Send an email to BVCONTESTS@HOTMAIL.COM with the subject line "Ariel Pink". Include your first and last name.
We'll pick three names at random and be in touch with the winners.

TO WIN TWO TICKETS TO MAGIC KIDS ON THE BOAT: Send an email to BVCONTESTS@HOTMAIL.COM with the subject line "Magic Kids". Include your first and last name. We'll pick five names at random and be in touch with the winners.