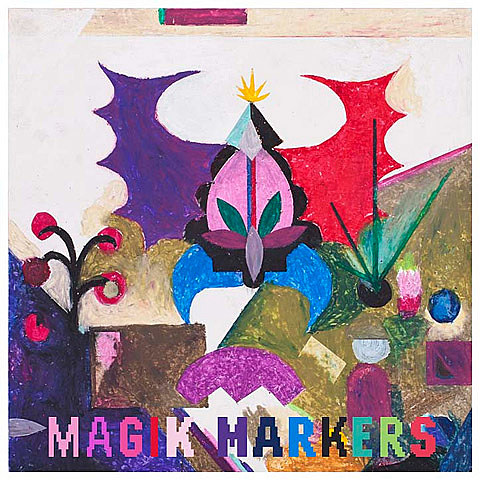 Connecticut noise-rock team Magik Markers will play a pair of NYC dates starting TONIGHT (7/21) at Cameo where they'll team with Ex-Cops and Haunted Hauses (members of Trail of Dead, Ex Cops, and Here We Go Magic) at 9PM. Then Friday (7/22), look for the band to take the stage of Shea Stadium with United Waters, Burning Star Core as part of their Arbitrary Signs Showcase (Peter Nolan of MM's imprint) at the venue.

The Shea Stadium show will mark the debut of United Waters, aka the solo project of Brian Sullivan (of Mouthus) and recent Arbitrary Signs signee. United Waters released Your First Ever River via the label in April, check out a video from said release, "Platetectonics", below.