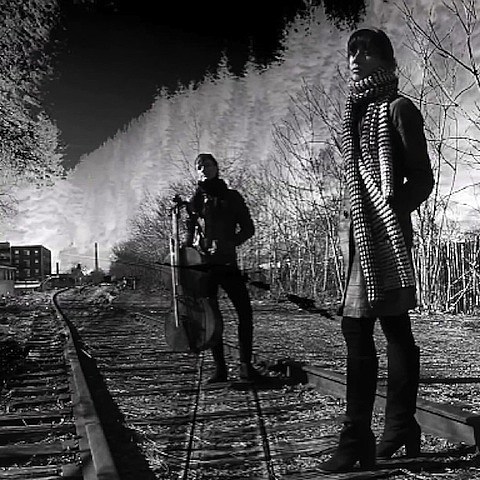 It's been seven long years since Brooklyn/Detroit/Chicago dreampop band, Mahogany released their terrific Connectivity, one of the '00s more underrated albums. Mind you, it took them six years to make that one, so maybe they're just on a normal schedule. The band (currently Andrew Prinz and Jaclyn Slimm) came out of cryo-sleep this year with a new single, "Phase Break," another perfect block in Mahogany's pristine wall of sound. You can stream it below. The track is from the band's new album which will be released "as soon as we can."

In the meantime, Mahogany have been playing shows again. Did anyone catch them at CMJ? They've got two NYC shows lined up next month. They'll play a free show at Brooklyn Night Bazaar on November 2, on a bill with Frankie Rose, Monogold and Heavenly Beat. Then they'll headline Glasslands on November 11 with The Bright Silence, Metalleg, and Men and Whales. Tickets for that show are on sale now.

All dates are listed, along with the "Phase Break" stream and the video for their 2006 single "Supervitesse," below...