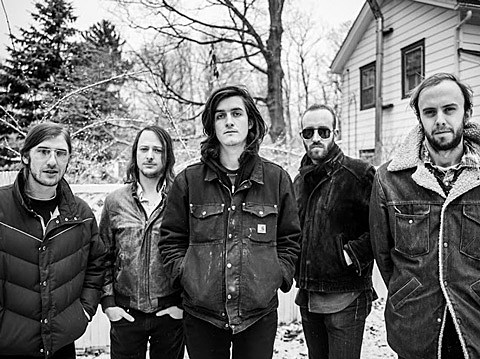 Brooklyn's Mail the Horse have been kicking around since 2010 or so, and their rootsy sound has found them on bills with Felice Brothers, Spirit Family Reunion, John Wesley Coleman and other kindred folk. The band's new album, Planet Gates, is out June 23 via Sexual Decade and is embued with an early '70s rock n' roll spirit, be it the twangy leanings of the Stones and the Kinks during that time, or the gritty street life of Lou Reed. We've got the premiere of "Wasted Sex" which definitely owes a little to Keith Richards. Stream it and another track off the album below.

Mail the Horse will celebrate the release of Planet Gates at Brooklyn's Knitting Factory on June 24 with Sam Cohen and Rivergazer on the bill as well. Tickets are on sale. Then in July the band will head out on an East Coast/Midwest tour. All dates -- including a couple other NY shows -- are listed below.