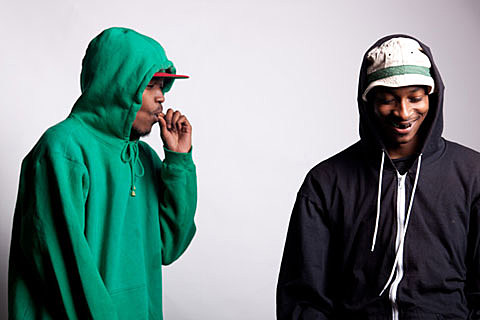 I discussed west coat, lo-fi rappers Main Attrakionz last time, which was also the first time, they visited NYC. Now they're back, and will definitely be keeping busy this week.

In addition to our free, all-ages BrooklynVegan day party on Thursday (10/20) at Knitting Factory, Main Attrakionz have a bunch of other CMJ shows coming up. Those include the previously discussed Life or Death showcase at Cake Shop on Thursday night (10/20), the free Converse True Til Def show at Santos on Saturday (10/22), and the Noisey CMJ showcase at Santos on Wednesday (10/19) with Twin Shadow. They're also DJing the Pitchfork Altered Zones New Museum party that Atlas Sound was just added to.

The duo will also play a free Gorilla vs Bear/Yours Truly party at Shea Stadium on Thursday (10/20) with Grimes, King Krule, Dent May, Gauntlet Hair, The Bins, Bleached, and Sharon Van Etten (DJ set). They'll play Fader Fort at 443 w 18th St in Manhattan on Friday (10/21) with ASAP Rocky with Clams Casino, Light Asylum, King Krule, Grimes, Metronomy, and others. RSVP for Fader Fort is now closed. You can also catch Main Attrakionz at the free Dovecoat Records party at Glasslands on Saturday (10/22) with Wise Blood, Supreme Cuts, Evan Voytas, and others.

Main Attrakionz have a new video for "3000," which appeared on These New Puritans' 'Hidden' Remix EP which also featured TNPS remixes by SBTRKT, Salem, and Ghost Hunter. You can watch that video below.

Speaking of Grimes (aka Claire Boucher), who also plays Fader Fort and the Altered Zones show at New Museum on Saturday (10/22) (which isn't officially part of CMJ), she's got a new album, Visions, coming out on January 31 via Arbutus Records. The album features guest work from Doldrums and Majical Clouds. You can grab the album's weirdo-pop lead track, "Oblivion," at the top of this post, and check out the album art and tracklist below. After CMJ, she's got some dates with Austra. 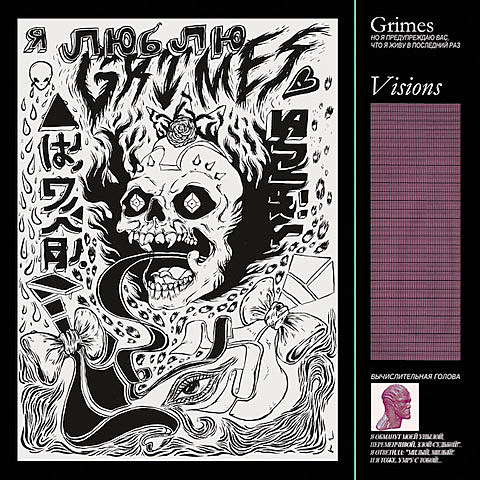