Majeure at Le Poisson Rouge in 2013 (more by Greg Cristman) 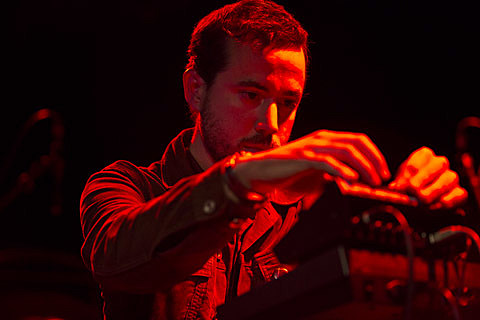 Majeure, the synthy film-score-meets-krautrock side project of Zombi drummer A.E. Paterra, have been supporting post rock veterans Mogwai on their current North American tour since April. That tour brings them to NYC for a show at Terminal 5 TONIGHT (5/9) and wraps up in Vancouver later this month. Tickets for tonight's show are still available. All remaining dates are listed below.

Mogwai's tour is in support of their new album Rave Tapes. They've also got their own line of scotch, and if you missed it, read our recent interview with them.

Majeure last released the Romance Language EP in 2013. Stream the title track, with the updated list of dates, below...